5 Strikers Crystal Palace Should Target in the January Transfer Window

Crystal Palace have had a much stronger start to the season than expected, collecting 14 points from their first eight games and currently sitting in sixth place in the league. However, as was the problem for the first half of the 2018/19 season, goals have been hard to come by for the south London side. So far they have only managed to find the net eight times in the league, and were it not for their stellar defence, they could have found themselves much further down the table.

Jordan Ayew has been handy leading the line for the Eagles, but isn't the stellar centre-forward they need, while Christian Benteke continues to look a shadow of his former self, scoring just four Premier League goals since August 2017.

If Crystal Palace are to push on to the next level and begin battling for a place in Europe soon, they are in desperate need of a clinical finisher who can guarantee 15 goals a season.

With the club moving away from the idea of hitting crosses to the target man as often as possible, Crystal Palace may well require a shorter, quicker striker who can fit in with a counter-attacking style.

Here are five strikers Crystal Palace should target in January. 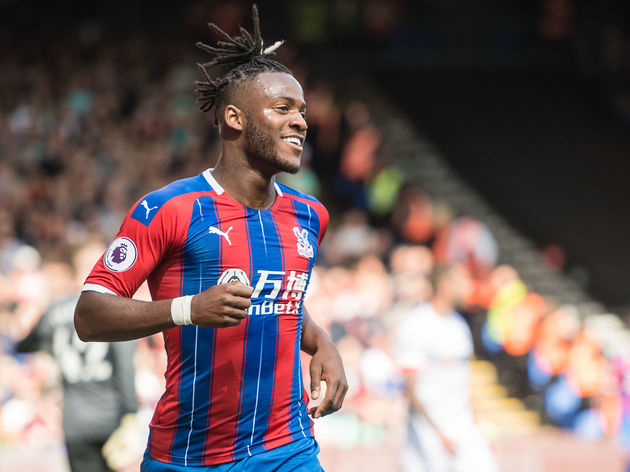 A likely first choice for the majority of ​Crystal Palace fans is last year’s loanee ​Michy Batshuayi. Mobile, selfless but also with a keen eye for goal, the Belgian ticks every box that Palace need up top.

Batshuayi scored six goals in 13 games in all competitions last season, including five in the league for Roy Hodgson's side having arrived on deadline day in January. His goals were responsible for Palace’s late push away from the relegation zone and into midtable.

With game time at ​Chelsea limited and a reported fee of £22m being quoted for potential suitors, Batshuayi could very well return to Selhurst Park this season. Another name familiar to Crystal Palace fans is that of CSKA Moscow forward Fyodor Chalov. The Russian scored 15 goals in the league last year as well as gaining attention for his goals against ​Real Madrid in the ​Champions League group stage.

Palace had a £23m bid for Chalov reportedly rejected on deadline day, and could return for the striker again this winter. He has started well again so far, scoring four goals and contributing three assists in the league and has no doubt cemented the south London club’s interest in him.

He may take some time to adapt to the Premier League, but at just 21, he certainly has the time to do so. Some may know the 23-year-old Gabriel Barbosa as a ‘wonderkid’ from Football Manager. Standing at 5'9", the Brazilian forward has a reputation for being a flair player, less like a. traditional No. 9.

Barbosa has had a tough time in recent years, with a move to ​Inter in 2016 not really working out for him. However, he's found his feet back in Brazil, firstly with Santos and now with Flamengo.

Barbosa’s loan contract with the latter is due to end on when the January window opens, and Palace may want to keep tabs on him. While he may take some time to adapt to the physicality of the ​Premier League, he would probably capable of thriving with tricky wingers such Andros Townsend and ​Wilfried Zaha around him. 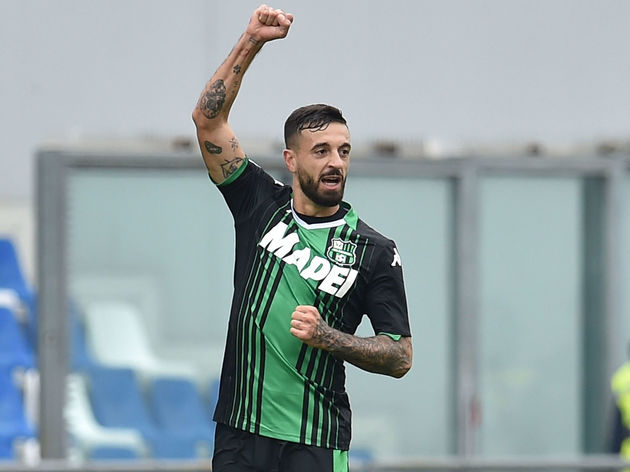 At a mature 32 years, Caputo has found great success in front of goal in ​Serie A in recent years, having scored 16 in the league last year and already having scored three goals in five league games so far this season.

A clinical finisher and capable of playing anywhere along the front line, Caputo could be exactly what the Eagles are looking for. Caputo has the ability to hold up the ball and link play well alongside a great finishing instinct. However, at 32, it may be too late for the Italian to arrive in the Premier League for the first time and adapt quickly enough to push Palace forward in half a season. A familiar face to Premier League fans (though more for his novelty corner kicks than his goalscoring), Iago Aspas returned to hometown club Celta Vigo after leaving Liverpool in 2015. In that time, he has scored 76 goals in La Liga, hitting at least 20 goals in the last two seasons.

As with Caputo, one of Aspas’ main strength is his ability to hold up the ball and bring others into play. The Spaniard is 32 now and would be seen as more of a short term signing from a Palace point of view, but it could prove to be a stroke of genius.

In Aspas, you will get a team player, with an eye for goal who poses a danger from anywhere within 30 yards of goal. While his limited game time during his spell at Anfield could represent an inability to adapt to the league (that or he just wasn't as good as ​Luis Suarez and Daniel Sturridge), it might be a roll of the dice that could pull Palace into the top half.