Crystal Palace were unexpectedly quick out the blocks this season, sitting just a point off the European places after 11 games, with impressive wins over Manchester United at Old Trafford and a draw at the Emirates after being 2-0 down.

Most Palace fans would accept the likelihood that the Eagles will eventually fall away from the European places as the season progresses, but there is every chance they can reach their record points total in the league.

Let's have a look at the possibilities, and what would have to happen for each situation to come about. Even the most optimistic Palace fan would admit European football is probably a bridge too far this season. Despite picking up four wins so far, the Eagles' squad is still too thin to deal with injuries and maintain the intensity needed to pick up the results to secure a place in Europe.

This would rely heavily on a strong January transfer window, with a reliably top-level goalscorer arriving. Even more crucial, though, is ensuring Wilfried Zaha remains an Eagle until the end of the season. Having a top striker is all well and good but Zaha is essential for creating the chances for that striker to convert. This seems a more likely proposition, which would still see Eagles fans singing the praises of Roy Hodgson and his squad of fighters. However, without another striker in the squad capable of scoring on a regular basis, even this could be a stretch. Zaha will need to start finding the net and picking up assists sooner rather than later too, after a sluggish start to the campaign.

This is within reach of the south Londoners without too many – if any – additions, but only if the forward line starts improving and they remain a tough team to break down at the back. 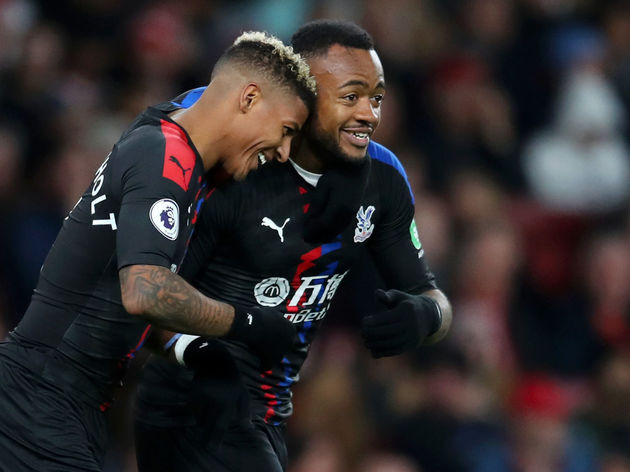 For five of the six seasons since they returned to the top flight, this is where Palace have finished – often after some kind of relegation scare.

Should the few goals they've scored this season begin to dry up (let's remember, only two teams have netted fewer times than the Eagles this season) and Palace have a less than stellar January window, this is what Hodgson and co. will be looking at. The squad should be too strong for a relegation battle to be a concern. This would again require goals to dry up but probably involve a few injuries along the way too.

Should a key defender like Gary Cahill or Mamadou Sakho pick up a long term injury at a bad time, a Palace side without a recognised goalscorer could find themselves seeing 1-0 wins slowly turn into 1-0 defeats. Trouble follows.

In recent years, this would have been considered a real possibility. This year, after such a strong start, fans are looking up the table rather than down it – believing that for Palace to be relegated this season would take some kind of catastrophe. Something like, say, losing Zaha in January. His loss plus a lack of investment in the playing squad and a few overlapping injuries could throw an industrial-sized spanner in the works. While there are more than three worse teams than the Eagles this season, the gap to the drop zone is still just seven points with 25 games remaining. That's more than enough time for things to go pear-shaped.