A Way Too Early Assessment of Crystal Palaces Summer Signings

​It may be early days in the new Premier League season, but it's never too soon to judge how good a new signing has been for their new club. 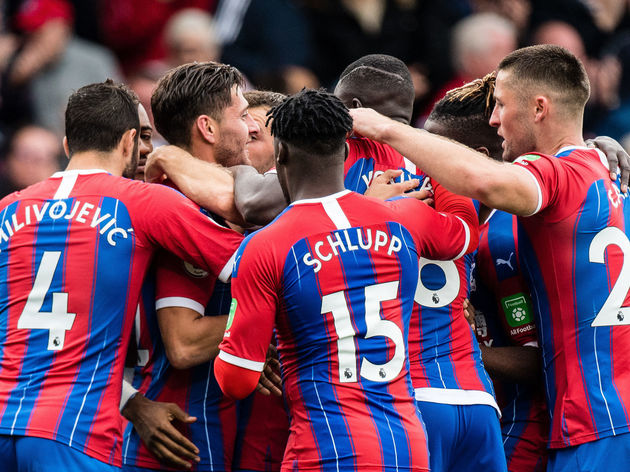 Crystal Palace have had a fine start to their 2019/20 campaign, sitting in sixth place in the league, just two points behind champions Manchester City.

How crucial have their new signings been to this early season success? Let's take a deeper look. McCarthy has been a player with great potential, but a terrible injury record has seriously hampered his progress. As a result, Roy Hodgson has managed the midfielder very carefully, and given him limited game time to get him back to his best.

Therefore, the Irishman has struggled to make an impact in the ​Palace side. However, he has shown some moments from off the bench, demonstrating the qualities that have made him so highly rated.

McCarthy could easily become a really important player for the Eagles in the long term and, once he gets back to full fitness, could even find his way into the starting XI. Camarasa signed on loan from Real Betis this summer with high expectations after impressing on loan at Cardiff last campaign.

However, the midfielder has failed to settle at all, and made just the one appearance in the Premier League. Hodgson has promised more game time for the Spaniard, but this is yet to materialise.

It may be unfair to judge so early, but this signing has been pretty poor so far. Palace fans will be hoping that he is integrated into the side on a regular basis sooner rather than later. Signed on a free, acquiring the services of the former Chelsea man has been a marvellous piece of business from Roy Hodgson. The 33-year-old is a Premier League and Champions League winner, bringing a huge amount of experience to the Palace side.

​Cahill's performances at the back have been strong and commanding, and his presence must be a major boost to everyone around him. Many Premier League sides would have been delighted to have the Englishman in their team. Jordan Ayew spent last season at Selhurst Park on loan, but the striker has come on leaps and bounds since signing on a permanent deal this summer.

The 27-year-old has arguably been Palace's player of the season so far, and put in a number of brilliant displays up front. With three goals in the Premier League already, he has a chance to get into double digits, which would be an impressive feat for a man playing in a more defensive minded, lower half team.

Should he continue in this form, he may be crucial in helping the Eagles have a really good season, and keep them in the top half of the table for as long as possible.