Alan Shearer has tipped Crystal Palace's star players Wilfried Zaha and Aaron Wan-Bissaka for moves to a European giant in the near future.

Zaha scored and assisted as Palace beat Burnley on Saturday whilst Wan-Bissaka was a rock at the back once again.

The Premier League's all-time leading scorer has been impressed by both players and is certain it won't be long before the big clubs come calling. 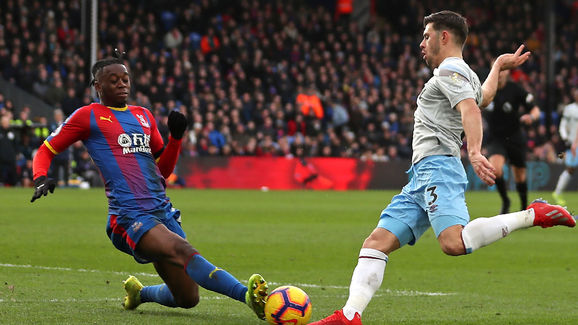 "There’s no doubt about it, the big boys will be looking at them. Particularly the right-back [Wan-Bissaka] as he’s been so impressive," the former Newcastle United striker said whilst speaking on Match of the Day, as quoted by ​football.london.

Zahahas consistently been linked to a move to a top-six club whilst Wan-Bissaka's breakout season has seen him attract attention from big teams in both Englandand Germany.

Shearer wasn't the only Premier League legend to heap praise on the Palacepair, as fellow pundit Ian Wright was also wowed by what he saw from the duo against Burnley.

✅ Only seven players have successfully dribbled past him in the league this term. pic.twitter.com/fQQy2zOicA

"He does get a lot of plaudits," the former Arsenal striker said, whilst talking about Wan-Bissaka.

"This guy, like [Palace boss] Roy Hodgson said, you have to try and stop the supply into the box, and you just don’t get past him.

"He stays on his feet, keeps his eyes on the ball and makes sure he gets that ball out of play. He’s very dangerous with that." Palace are now eight points clear of the relegation zone and the performances of their star men have gone a long way towards helping the Eagles stay in the Premier Leaguethis season.