​Sheffield United manager Chris Wilder praised his right-back George Baldock for dealing with the threat of Crystal Palace winger Wilfried Zaha, despite his man being fortunate to escape a red card.

The Ivorian gave the Blades defender a torrid time on Saturday, causing problems with his renowned pace and providing the full-back with one of his toughest jobs of the season. At one point, it seemed he was on the way for an early bath after catching Zaha while already on a yellow. However, the referee declined to show the red and he was ultimately influential in the 1-0 win for his side.

Post-game, Wilder praised both ​Zaha and his defender, saying, as quoted by ​football.london: "The experience that George Baldock has had, up against arguably the best winger in the division who is valued at £90m.

"He gets booked after ten minutes and he has to deal with that, no easy way out, he was never coming off as far as I was concerned, and he had to find a way of dealing with that difficult opponent on a booking." 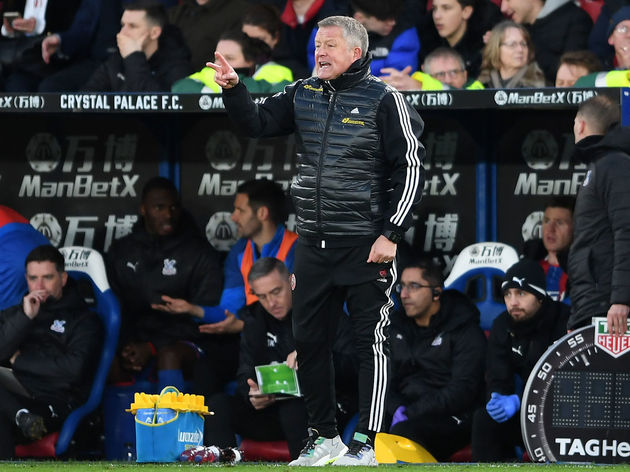 Wilder defended the decision made by referee Andy Madley to not book his man, and made a reference to how he was satisfied with the decision to overturn the red card issued to Zaha's teammate Joel Ward.

The decision was changed following a review where the official used the pitch-side monitor to replay the incident. "I thought it was a bit disappointing that he [Baldock] received his first yellow, but after that a couple of guys got booked and fouled, so I think the referee was consistent in his approach," Wilder added.

"If it had been a yellow card, we would have been disappointed. Just as Joel Ward’s, I didn’t think that was a red, I didn’t think it was a second yellow for George Baldock."