​After a woeful start to the season, Crystal Palace managed to turn it around to gain a respectable twelfth placed finish to their most recent Premier League campaign.

Joining the club in September 2017, Roy Hodgson's second year in charge of the Eagles has seen them encounter similar issues that condemned them to an eleventh place finish last year, mainly limited by defensive and goalkeeping frailties. Yet towards this season's tail end, those doubts soon began to slowly dissipate.

With a severely underwhelming first half of the season, Palace will look to build on their incredible performances from the latter half of the campaign. With this being Hodgson's first full season in charge of the Eagles, he would've been aiming to improve on their positive winning streak at the end of the 2017/18 season. This didn't go according to plan, however.

Their ageing defence, woeful strikers and the lack of a top-quality goalkeeper led them to repeat the same errors that plagued the start of their last season.

In December, Hodgson decided to revamp the squad, replacing error-prone players like Wayne Hennessey and Alexander Sorloth in order to create a more consistent and reliable starting XI. This improved ​Palac​e's form drastically, allowing players like ​Wilfired Zaha and Andros Townsend to play freely and thrive in the process.

Before December they had won two of their thirteen games played in the league, yet they picked up three wins in the month of December alone. With the second worst home record in the league, their away performances have shone through, giving them the momentum they needed to finish the season off strongly. During their dire run at the start of the​ Premier League season, Palace managed to amass a decent run in the Carabao Cup, reaching the fourth round without conceding a single goal before eventually being beaten 1-0 by Championship opponents Middlesbrough.

In the FA Cup their run was even more impressive, making it all the way to the quarter-finals before being knocked out by ​Watford 2-1, beating Grimsby Town, Doncaster and ​Tottenham Hotspur to top off a fruitful campaign.

Rather impressively, in the seven games they played in both competitions they managed to score a total of ten goals and concede only three. Palace have had a number of breakthrough stars this season, from the 23-year old Max Meyer to the club's top goalscorer this season in Luka Milivojević, but none have been as consistent and as impressive as 21-year old defender Aaron Wan-Bissaka.

Nicknamed "Spider" by his team-mates, Wan-Bissaka has played 38 times in all competitions this season, and has become the life-blood of a rejuvenated Palace defence.

Since being promoted to the senior side in February 2018, he quickly found his feet, and his lightning pace and ability to create chances out of nothing made him a formidable opponent for any side. In a season of polarising results, some players have fallen at the wayside for what's acceptable in the Premier League. One of these players in particular is Wayne Hennessey, who conceded 26 goals in 18 appearances for the Eagles this season and was instrumental in their horrendous start to the league.

But even that cannot top the accolades of one of the most deserving of this particular award, the 27-year old Ghanian striker, Jordan Ayew.

He's made 20 appearances in the league this season, contributing to a measly three goals. He was one of the sole reasons for Palace's lack of attacking flair at the start of the season, and was swiftly replaced in January by Michy Batshuayi, who has been in inspired form.

Ayew is on loan from ​Swansea and it's doubtful he'll be returning to Selhurst Park, or even the Premier League, any time soon. 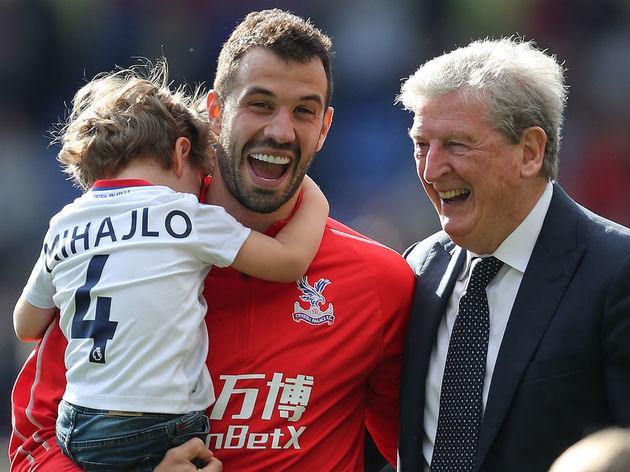 Since being back at his boyhood club, Roy Hodgson has brought new life to the Eagles' style of play, as opposed to the stale and defensive style of his predecessor Frank de Boer.

After losing three of their four opening games of the season, it looked at though Palace would yet again be condemned to another relegation dog-fight season. Throughout the remainder of 2018, this point was solidified, as they earned only nine points out of a possible 39 before December.

Yet after calling up Vicente Guaita to replace the woeful Hennessey, and pushing Townsend and Zaha into more advanced positions, their fortunes began to change. Patrick van Aanholt, Wan-Bissaka, Meyer and Townsend provided the width and speed to their counter-attacks, and Zaha provided the finishing touch they'd been lacking so dearly.

After beating ​Manchester City 3-2 at the Etihad, their season was finally on the up - and it looks like they will finally look to push for that desired European qualification spot next season. The dramatic turn-around that the Eagles mustered up during this season made this campaign a less than conclusive success.

After the defensive and offensive woes that plagued them at the start of the season, you would've thought relegation was almost certain. But their spirit, determination, and fantastic performances away from home has turned their whole season around. If they're to push for Europe next season however, they need to improve their form at home, as their meagre five wins at Selhurst Park is unacceptable.

Their drastic improvement towards the second half of the season culminated in that fantastic performance on the final day of the season in the 5-3 victory at home to ​Bournemouth. This should be a perfect platform for Hodgson and the Eagles to bounce off of next season.