Left-back Van Aanholt has been linked with a move back to the Netherlands, with PSV Eindhoven the frontrunners to capture his signature should he leave Selhurst Park.

As a result of the uncertainty surrounding the 29-year-old's future, Palace have earmarked Lewis as a potential replacement, with Roy Hodgson's side having enquired about his availability in January to no avail. 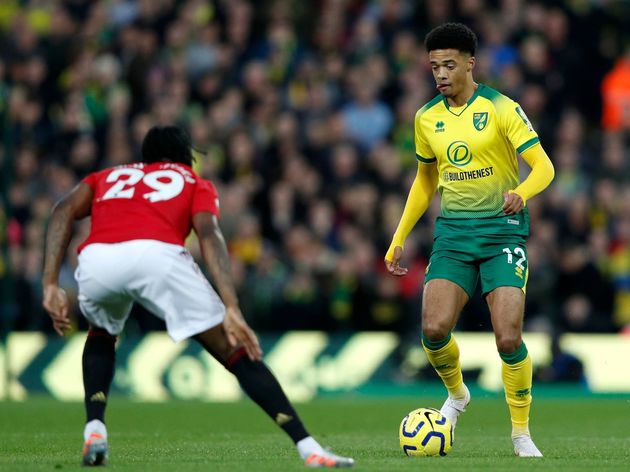 According to ​The Sun, Palace could reignite their interest in the young Northern Irish full-back this summer, especially should the Canaries get relegated to the Championship.

Lewis has made 17 appearances in all competitions this season and has subsequently attracted attention from a number of other top-flight clubs.

But a move for young Lewis likely hinges on Van Aanholt's decision on whether or not to stay at the club, with ​Palace's first-choice left-back still under contract with the Eagles until 2021.

Hodgson's defence has suffered with all manner of injuries this term, with Van Aanholt himself just returning from a spell on the sidelines, meaning the Palace boss will be looking for a little more depth across his backline this summer. The Eagles have also struggled to score goals this season, and only signed Cenk Tosun on loan in January to help ease their issues finishing their chances. But Hodgson is looking for more creative players and has identified ​QPR's Eze as a suitable target.

The 21-year-old is valued at approximately £20m and has registered ten goals and six assists in the second tier this campaign from attacking-midfield.

The Eagles had looked to sign Jarrod Bowen in January from Hull to offer a similar threat going forward, but the Englishman decided to join ​West Ham instead - leaving Palace short up top once again.