​Crystal Palace are one of the few teams looking to secure a loan deal for young Liverpool striker Rhian Brewster in January.

The 19-year-old has started both of the Reds' Carabao Cup ties this season, but is yet to feature in the Premier League for Klopp's title-chasers.

Along with Palace, Championship sides Swansea and Bristol City are also monitoring the situation, while a number of German clubs are believed to be interested in picking up Brewster in a short-term deal. 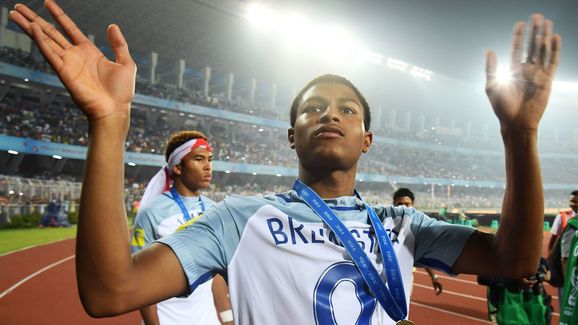 The teenager rose to prominence in 2017 after securing the Golden Boot in England's successful U-17 World Cup campaign, bagging back-to-back hat-trick's against Brazil and USA in the knockout stages as he finished the tournament with eight goals.

Since then, however, Brewster has failed to make a name of himself at Anfield after a long-term ankle injury thwarted his progress. Despite not making an appearance, the striker picked up a Champions League winners medal last season after appearing on the bench throughout Liverpool's run.

​The Sun report that Brewster is attracting plenty of interest in his services, and assistant coach Pep Lijnders has suggested that Brewster is ready for a more regular role in the senior squad and had this to say on the Reds' current squad.