Crystal Palace are set to go back in for Shakhtar Donetsk midfielder Taras Stepanenko in the January transfer window, after being rebuffed over the summer.

Palace had an £8m bid for the combative defensive midfielder rejected during the last window, but it has now been made clear to them that the 30-year-old will be made available by the Ukrainian side in the forthcoming winter window. 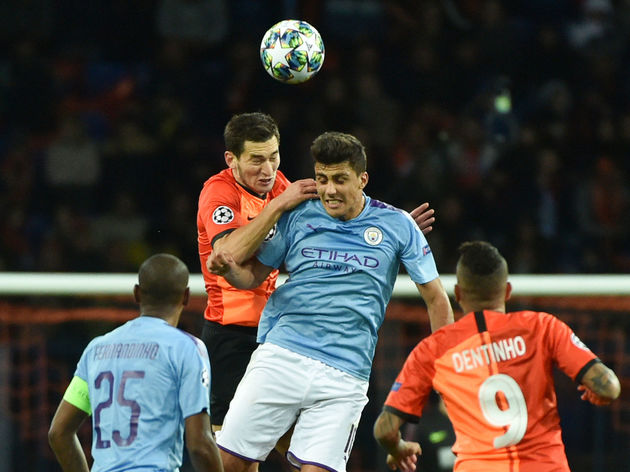 According to a report from the Sun, Shakhtar are now willing to part ways with the player, with Stepanenko's agent himself revealing there are plenty of parties interested in acquiring his client.

As quoted by the report, Barry O'Connor explained: "There has been plenty of interest, good, experienced players will always attract attention."

The Ukrainian international, who is alleged to have trained as a combat fighter in his youth, is, naturally, known for his no-nonsense (or 'excessively physical', as the Sun put it) approach on the pitch.

He has been with Donetsk for almost a decade, sealing a £1.4m switch from Metalurh Zaporizhya back in 2010, and has played 54 times for the Ukrainian national team.

With no wins in four games across competitions since that famous victory at Old Trafford, Eagles boss Roy Hodgson is keen to add fresh recruits in January, especially with the future of winger Wilfried Zaha still very much up in the air.

The 24 year old has been one of the leading performers so far this season and could be set for a big move if he continues to impress in the Premier League. gbscthttps://t.co/LrHJvcoJUZ

In an interview at the end of August, ​Palace chairman Steve Parish admitted that, for the right price, the Ivorian could leave in the next window, explaining: "We’re lucky to have him. But if that top club comes along and the money’s right, he’s an extraordinary talent and it’s going to be very difficult for us."