​Crystal Palace are reportedly set to make an offer for Jack Butland this summer with doubts growing over the long-term future of Vicente Guaita at Selhurst Park.

Guaita may be set to move back to his native Spain, and if a La Liga return is on the cards Palace are prepared to splash the cash on Butland according to recent reports.

Butland has spent this season in the Championship with Stoke City, hoping to lead them back to the top flight immediately after being relegated. 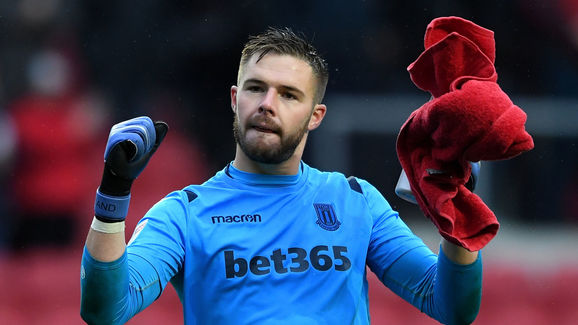 ​The Eagles are hoping to bring Butland back to the ​Premier League after what has been a disappointing campaign in the second tier with Stoke. ​The Potters currently sit 16th in the Championship requiring a miracle if they are to return to the Premier League next season and Butland may have his eyes on a move at the end of the season.

The 25-year-old has earned himself nine England caps and will have to be playing in the Premier League if he is to secure himself as the first choice for the Three Lions.

The Sun claim that a potential move for Butland would cost Roy Hodgson's team around £15m, which in today's market may not be a bad price for an England international.

Palace face competition for Butland's signature however, with ​Bournemouth keeping tabs on the Stoke keeper after their troubles at the back in recent weeks.

Asmir Begovic has lost his place in the team to Artur Boruc and Bournemouth are looking for a new number one to help solve their defensive woes, with Butland at the top of their list.