Crystal Palace have well and truly secured themselves as a Premier League side. This time round they finished on 49 points and in 12th position, a huge 15 points clear of the dreaded relegation zone.

Roy Hodgson's men have displayed that they're more than capable of competing with the league's best sides. A 3-2 win against champions Manchester City at the Etihad being one of the highlights of their campaign.

Palace are not huge spenders compared to other sides of similar quality; the likes of West Ham, Wolves and even the relegated Fulham spent significantly more. Nonetheless, here's a few alterations Roy could make make to his squad this summer. Wayne Hennessey - KEEP - The Welsh keeper hasn't always been entirely secure in goal and also hasn't been without his issues off the pitch. He's fallen down the pecking order slightly but every side needs a back-up goalkeeper.

Julian Speroni - RELEASE - Speroni has been a wonderful servant to this club, but will say goodbye this summer. Despite his popularity with the fans, he's surplus to requirements with Hennessey and Guaita competing to be first choice. Aaron Wan-Bisska - KEEP - Crystal Palace's Player of the Year has been linked with some of the Premier League's elite sides, including the likes of Manchester United and Tottenham Hostpur. Statistically, he's been one of the best defenders in world football. With more of a traditional style, Wan-Bissaka is an excellent one-on-one defender.

Patrick van Aanholt - KEEP - Whilst he has been liable to making the odd mistake at the back, he has brilliantly complemented Wilfried Zaha on the left. Palace are often accused of being too reliant on Zaha, so they won't want to lose one of the players who's helped him most.

Jeffrey Schlupp - KEEP - Schlupp plays a similar role to Van Aanholt and has often been used as a left midfielder rather than a defender. He and his Dutch compatriot are both more than capable of filling in when needed.

Joel Ward - SELL - Competing for a starting berth with Wan-Bissaka is a difficult task for anyone. That task is only made greater when you're an ageing individual who has been plagued with injury. Ward is no longer needed with Martin Kelly also capable of playing right back when asked. Mamadou Sakho - KEEP - There was a time when Liverpool were without Virgil van Dijk, a time when selling Sakho to Palace looked like a mistake. Despite his clumsy demeanour, the French defender has played a big part in Palace's solid defensive displays.

James Tomkins - KEEP - Tomkins has made the most appearances this season among Palace's central defenders. He's not afraid to put his body on the line making him susceptible to the odd injury, but he's the sort of leader his side need.

Martin Kelly - KEEP - Another former Liverpool player is Martin Kelly. Able to play both right and centre back, he is a useful player to have. He's not the most technically gifted, but he does the job when called upon.

Scott Dann - SELL -  Liverpool-born Dann may now be better suited to a lower level of football. Like Ward, Dann used to be a fan-favourite but age appears to have caught up with him now. Luka Milivojevic - KEEP - The Serbian has been a revelation in central midfield. As well as being one of the best penalty-takers in the league, Milivojevic is excellent at breaking up play in the middle of the park. This, and his leadership qualities, have earned him the right to serve as club captain.

James McCarthur - KEEP - The Scotsman is comfortable on the ball and consistently produces high-octane, energetic performances. With the counter-attacking style Palace use, hard-working individuals are essential.

Max Meyer - KEEP - Meyer has not hit top gear just yet, whether that's because he's regularly played out of position or because he's struggled to adapt to the English game. If Palace want to take that next step forward, players who possess creative skills like Meyer must be used.

Cheikhou Kouyate - KEEP - Signed last summer from West Ham, Kouyate is another player who provides energy and a never say die attitude. He's a great squad player if nothing else. 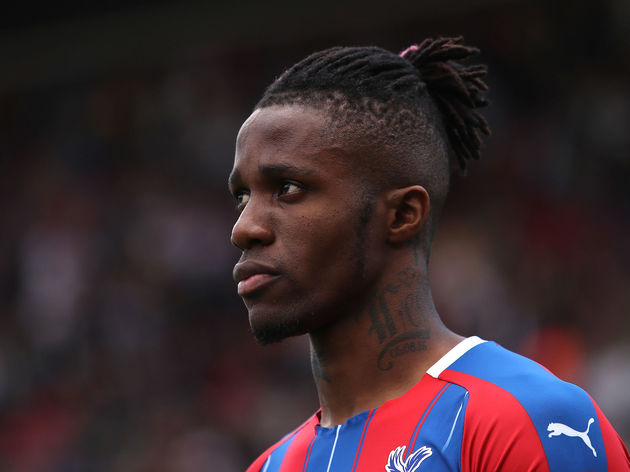 Andros Townsend - KEEP - Surely his rocket against Manchester City is more than enough to warrant not being sold.

Wilfried Zaha - SELL - ​Zaha has already publicly announced his desire to leave the club, and who can blame him? The majority of times sides will want to hang on to their prized possessions, but not in this case. Zaha could earn Hodgson a pretty penny which could be crucial in improving the balance of Palace's side. 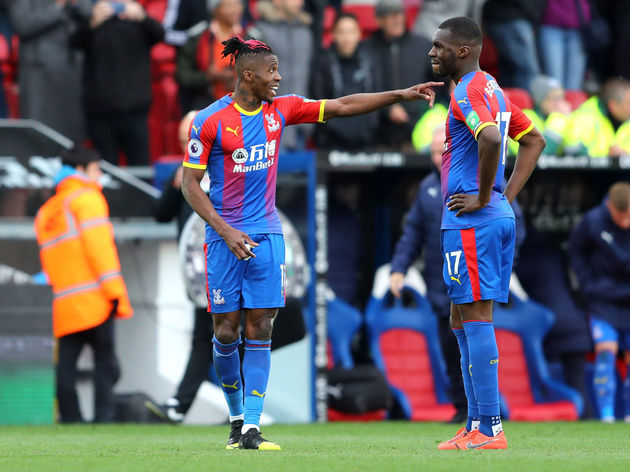 ​Michy Batshuayi - KEEP - This is where a fair chunk of that Zaha money could go. If Palace are unable to sign ​Batshuayi permanently from Chelsea given their transfer related issues, extending his stay on loan would be a wise choice.

Christian Benteke - SELL - For a big man, Benteke isn't overly keen on putting himself about a bit. His unwillingness to do this makes it difficult to see what he offers, but it's likely Palace could still make a significant amount of money from flogging him.

Connor Wickham - KEEP - If Benteke is to leave, that could mean that Wickham is able to move up the pecking order. He would offer something different to Batshuayi.

Jordan Ayew - LOAN - Ayew is, in some ways, a similar player to Batshuayi, except the Belgian is simply better. With no other aspect like height and strength to offer, Ayew may be better off playing his football elsewhere - unless others leave before him.