Crystal Palace have been linked with a potential takeover deal, with representatives believed to be looking for buyers in a huge £210m deal.

The club's current ownership, American backers Josh Harris and David Blitzer, took control in 2015, but were rumoured to be keen on selling their share in the Eagles earlier this year.

Now, according to ​City​ A.M., a document is circling amongst bankers which is offering to facilitate the purchase of at least 75% and up to 90% of the club, with both lone buyers and consortiums encouraged to get involved.

When pressed for a comment, ​Palace declined to discuss the report, although it is believed that they were not involved in drawing up the document. Instead,

Chairman and minority owner Steve Parish still wants to remain with the Eagles, but he is prepared to sell some of his stake to try and encourage buyers to come forward. The document says the club would be sold debt-free, and it also claims that Palace have 'real potential' to qualify for European competition, which would undoubtedly bring more revenue if achieved.

Palace managed an income of £150.3m for the year ending June 2018. They did make an overall loss of £35.5m, but that is believed to be linked solely to signing new players to try and fight off relegation. 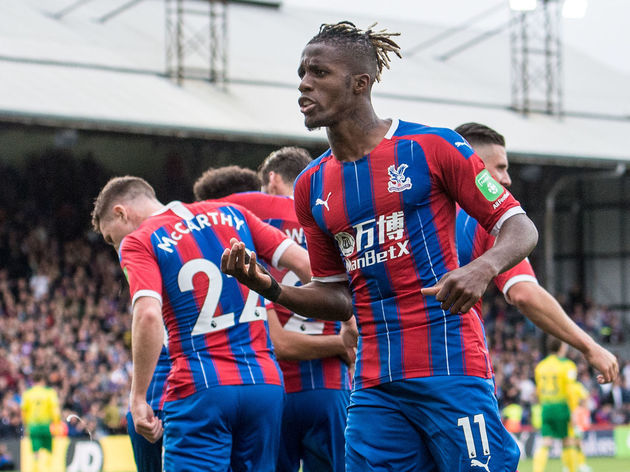 The document projects that Palace will be worth an estimated £525m in three years, which is expected to rise to around £700m just two years afterwards, and they hope that this will be enough to entice potential buyers.

Palace currently sit ninth in the ​Premier League, having picked up 11 points from their opening seven games. They have won three of those matches, including a 2-1 win over ​Manchester United, but whether they can maintain that form remains to be seen.