Crystal Palace welcome Brighton to Selhurst Park in the first Premier League match of the weekend - knowing they are essentially two wins from ensuring their status in the top division for another year.

The visitors can go level with on points with their rivals and Chris Hughton knows his team must get something from this game to ease their own relegation worries. This fixture is known as the M23 derby and the reverse game saw one red card and five yellows dished out in a feisty encounter that Brighton won 3-1.

Roy Hodgson's side will want revenge for that loss last December, while Hughton can become the first Seagulls manager to secure the double over ​Palace

Pape Souare remains out with an shoulder injury sustained in December 2018 while ​Mamadou Sakho and Connor Wickham are doubtful with knee and calf problems respectively.

Pascal Gross has a hamstring injury and has been ruled out for Brighton, otherwise they are at full strength as Leon Balogun has recovered from a knock.

Palace have lost just one of their last nine home meetings with the Seagulls in all competitions, having won six and drawn two.

There hasn't been an away win in this fixture since both sides were in the Championship, when Palace won 2-0 at the Amex in May 2013. ​Brighton have failed to win at Selhurst Park since 2005.

The sides played each other three times last season, 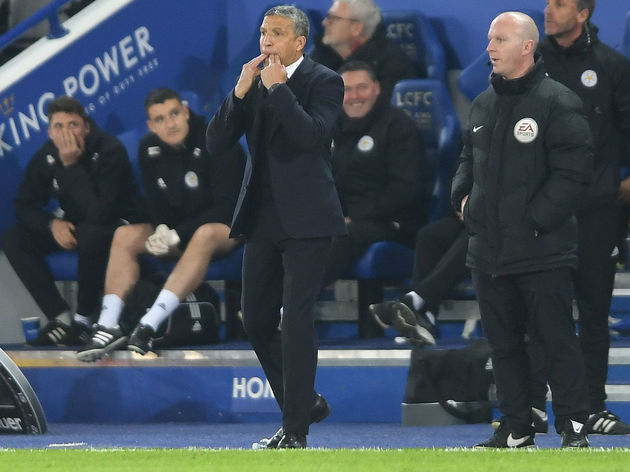 Palace have won three out of their last five league games, only losing to a rampant Manchester United during that spell, and have pulled away from the relegation zone - they are now eight points clear of 18th placed Cardiff City.

They were impressive last time out, winning 3-1 at Burnley, and beat Leicester City 4-1 at the King Power Stadium two weeks earlier.

While their away form has been good, they Last week's win at the Amex against That victory moved them five points clear of the relegation zone but they'll still be looking over their shoulders if they don't pick up more points soon.

They may have won at home seven days ago but Brighton are without an away win since December and that form is a cause for concern for Hughton.

Here is how each team has performed in their last five matches:

Brighton are woeful away from home while Palace have a spring in their step, so this should go only one way.