​Crystal Palace play host to Leicester City on Sunday afternoon as two of the Premier League's form sides face off at Selhurst Park.

The Eagles clawed back a two-goal deficit to leave the Emirates Stadium with a 2-2 draw in their last outing, maintaining their strong start to the campaign. Roy Hodgson's recruits are currently in sixth position in the table, five points away from the top four, though two above Manchester United in seventh. 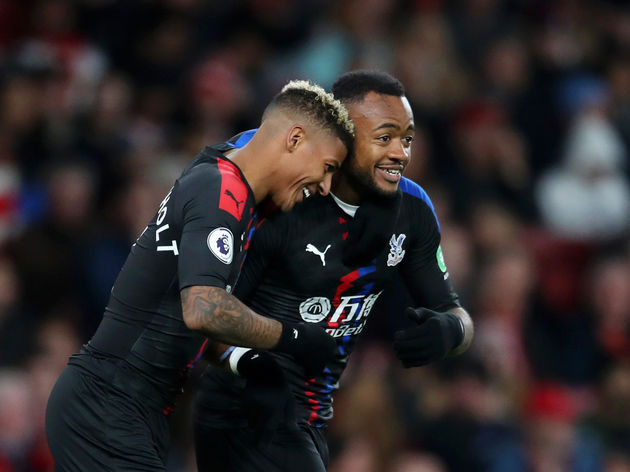 ​Palace may have been impressive in the early months of 2019/20, but they are still five points behind the ​Foxes, whose electric beginning has left viewers wondering whether they should be talked about as genuine title contenders.

Star striker Jamie Vardy is leading the scoring charts, having collected nine goals this term - including a treble in the 9-0 destruction of ​Southampton last week - helping his side up to third in the standings.

Here's our preview of this ​enticing match-up in south London.

​Palace's first-choice goalkeeper Vicente Guaita is nearing a return from his groin injury, though the clash with Leicester is likely to come to soon for the Spaniard to partake. Midfielder Matty James has been absent since early September due to a calf problem and is not expected to complete his rehab until December.

​Should Leicester leave London with the points on Sunday, they will level the overall record between the two clubs, with Palace one win ahead of their opponents at present.

The Eagles' 4-1 triumph at the King Power Stadium last February took them to 27 victories over the Foxes, while 18 draws have been played out over the course of the fixture's history.

During that recent meeting in the Midlands, on-loan striker Michy Batshuayi had given the visitors the lead as half-time loomed, deflecting a long-range Luka Milivojevic effort beyond the wrong-footed Kasper Schmeichel.

Jonny Evans brought parity shortly after the hour, yet a late double from Wilfried Zaha and Milivojevic's penalty ensured the hosts went down in what proved to be Claude Puel's final game in charge of the 2016 ​Premier League champions.

As it stands, both teams are on course to qualify for European competition ahead of next season, though the picture will almost certainly look different come May. However, that doesn't detract from what have been superb beginnings for the two sides.

Jordan Ayew has sparkled up top for Hodgson, already quadrupling his measly tally of one goal from 2018/19 for Palace. Likewise, Milivojevic has been integral to their bright start, with Patrick van Aanholt another who has been a standout.

The Eagles have been beaten in just three of their ten games this year, meaning they've lost just once more than Leicester. Nevertheless, they cannot claim to have been quite at the level as this weekend's opponents. Numerous top-flight records came tumbling down on a drizzly Friday night on the south-coast as the Midlands outfit hammered Southampton on their own turf, Ayoze Perez joining Vardy in grabbing a hat-trick against the sorry Saints.

Rodgers has turned this team into a fearsome unit, capable of dismantling sides at will, while also offering a mean defence. Evans has been partnered with Caglar Soyuncu in the heart of Leicester's defence, the duo combining well to keep things tight at the back.

Here's how the pair got on in their last five fixtures:

​Two of the surprise packages of this season are set for a showdown at Selhurst Park, with the clubs both going into the match with plenty of momentum fuelling them.

Unfortunately for Palace, they're coming up against one of the league's most well-rounded sides and would do well to take a point from the contest. On the evidence of Leicester's rampant displays at St. Mary's and at home to Newcastle United in recent weeks, the Eagles will be left empty-handed this time around.