Last week’s incredible 3-0 victory over Jurgen Klopp’s men saw Nigel Pearson’s side lift themselves out of the drop zone into 17th, having once looked certain to be playing second tier football next season. Palace themselves will have been looking nervously over their shoulder during their winter break, but two wins from two games since their return to action has seen them ease any lingering relegation fears and they now sit comfortably in mid-table.

Meanwhile, ​Everton loanee Cenk Tosun has returned to Goodison Park for treatment after it was confirmed he had ruptured his anterior cruciate ligament.

Jeff Schlupp and James Tomkins are also expected to miss out for the hosts.

The visitors head to Selhurst Park without Gerard Deulofeu, who is likely to miss the rest of the season, full-back Daryl Janmaat and centre-back Craig Dawson.

Anyone looking to previous encounters for tips when filling in their weekend coupon will not get a definitive answer in this one. In the nine ​Premier League meetings between these two sides, both have three wins to their name and there have been three draws.

Last December’s meeting at Vicarage Road saw Pearson watching from the stands having just been appointed Watford boss, as his side battled out a hard-fought 0-0 draw. 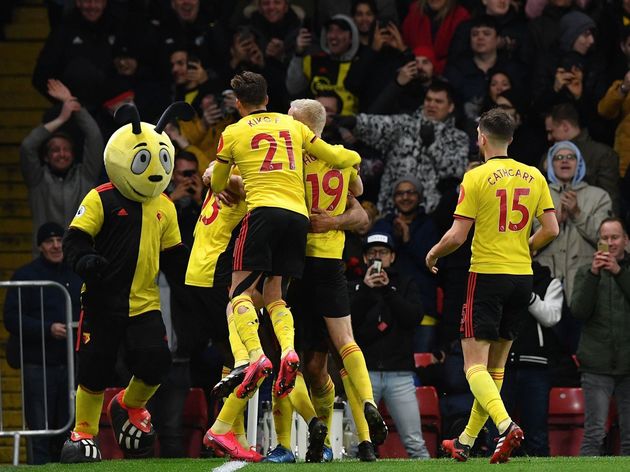 Both sides come into the game off the back of fantastic wins - good luck calling this one.

​Palace's recent form really is a reflection on their boss. One goal conceded in four games, picking up three wins in the process, the discipline and structure Roy Hodgson implements on his teams truly is an art form.

Two defeats prior to the winter break will have had the Selhurst Park faithful a little worried, but their form since returning has been superb.

Pearson’s men can only dream of such a frugal defence. The Hornets leak goals for fun at times, but what they lack in defence they more than make up for up top. Just ask Liverpool.

Neither side will be low on confidence coming into this one having both secured impressive victories in their last outing.

Both sides have had a full week off having been eliminated from the FA Cup, and their head-to-head record proves these two have been tough to separate in previous encounters. However, despite Palace’s impressive recent form, doing what ​Watford did to ​Liverpool can’t be understated and expect their front three to be flying after last week’s win.