Just 11 games into 2019/20, the 23-year-old has already collected seven goals and ten assists for his club, looking superb in their captivating 4-3 loss at Liverpool on 2nd October. He caused numerous problems for the Reds backline that night, capping a fine performance with a wonderful goal to kick-start the Austrians' comeback at Anfield. 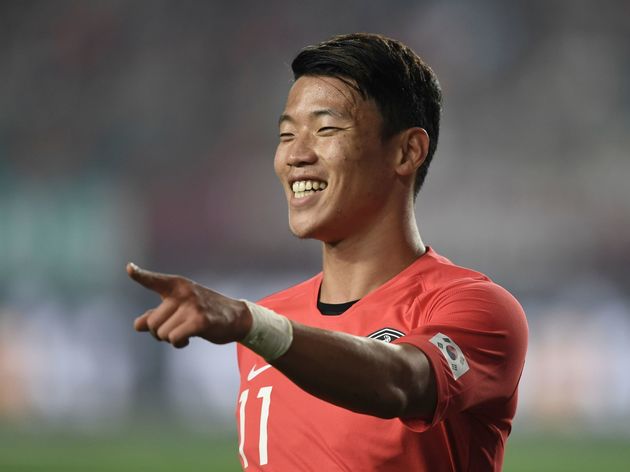 With the visitors 3-0 down, Hee-chan turned the ​Liverpool defence inside out, before rifling a fierce effort beyond Adrian. In a remarkable encounter, Salzburg eventually drew level on Merseyside, only for Mo Salah to steal the points in matchday two of the ​Champions League group stage.

The striker's terrific form has led to rumours of a transfer to ​Arsenal, but the ​Daily Mail report that the Gunners will have to fight off competition from London rivals ​Palace for his services.

Following his arrival from Pohang Steelers in 2015, Red Bull have twice chosen to loan out Hee-chan. He spent the majority of last term at German second division side Hamburg, though his tally of two goals in 21 matches failed to help the team achieve promotion. Despite his young age, the Salzburg fan favourite has gained considerable experience at international level, representing his country on 29 occasions and netting four times.

Hwan-chan was the hero as South Korea won the 2018 Asian Games, powering home a bullet header to seal a 2-1 extra-time victory over Japan in the final.

He's likewise enjoyed plenty of success in Europe, playing a role in three different league triumphs for Salzburg. Along with his treble of Austrian Bundesliga titles, the speedster won domestic cups in 2016 and 2017 with the side, for whom he has made 97 appearances.