With this in mind, making a modern Crystal Palace best XI with a maximum of one player from each country was as arduous as man-marking Wilfried Zaha for 90 minutes, and from DR Congo’s Yannick Bolasie to France’s Yohan ‘Kebab’ Cabaye, some of the finest footballers to set foot in Croydon were unlucky not to make the cut.

This swashbuckling 4-3-3 isn't quite pure Hodgsonball, but we’ll let you decide whether this motley crew of international Eagles could give the mid-table of the Premier League a serious run for its money.

Who’d have thought that a lad from Buenos Aires would go on to make over 400 appearances for Crystal Palace, via Dundee of all places?

The current south London restaurateur saw it all with the Eagles across two different spells in the Premier League, even appearing at the ripe old age of 39 last season before retiring.

Even if he hadn't done anything else, his save from Troy Deeney in the 2013 play-off final is enough for confirmed legend status. ​To give you an idea of how difficult this team was to make, it wasn't exactly an ideal part of the plan to have the Harrow-born Jamaican enforcer in the side, though his three seasons at Palace were useful enough as he and Martin Kelly competed for a place in the defence.

As anyone who saw him turn Alireza Jahanbakhsh's cross into his own net under absolutely no pressure a couple of months ago can attest to, Javier Zanetti he is not, but the man has a respectable nine seasons at the very highest level under his belt. 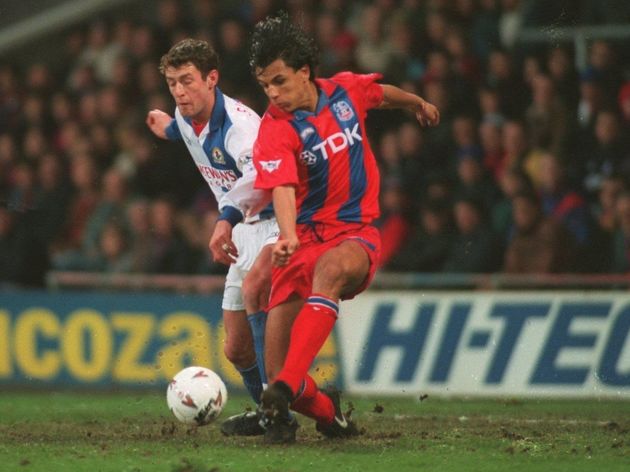 At the heart of their 1993/94 promotion campaign, the man voted Palace’s favourite ever Welsh player (Wayne Hennessey must be gutted) is consistently linked with a return to Selhurst Park, though it’s a shame Palace fans don’t quite feel the same way... This fella's career has had more twists and turns than The Da Vinci Code - he was PSG captain at 17 (17!), ​was injured and out of favour at Liverpool, got a little too stuck into the fat burning supplements and ended up in Croydon.

He has since become one of the most dependable, underrated defenders in the middle bit of the Premier League table (high praise indeed), and is more than deserving of his place here.

PVA isn’t always perfect defensively but he has definitely been one of the most entertaining players at Crystal Palace in recent years.

If nothing else, the creative, enterprising defender will be remembered for a winner in the dying minutes against Manchester United at Old Trafford to give Palace their first victory there in 30 years, and even more importantly he currently boasts one of the league’s most affable Twitter presences. 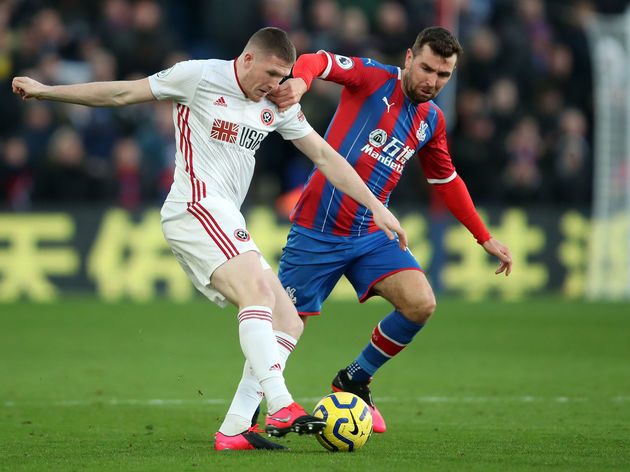 One of the steeliest Glaswegians to represent Palace since the great Jim Cannon, only a mother could love watching this man at work in the middle of the park, but you can't argue with the results. Or to use his full name, Luka Milivojević (p).

It became very obvious that Manchester City were near indestructible in the 2017/18 season when the Serb finally missed from the spot, although just as extraordinary is the fact that he’d never taken a penalty in a professional game before moving to England.

Other than his prolific talents from 12 yards, the former Olympiacos man has been a stable figure in a Palace team that haven’t had to seriously worry about relegation for a while. Just don’t bother watching any of his goal compilations. It gets a bit repetitive. For six seasons Jedinak terrorised all attackers who came within an inch of him, and in another sense was Milivojević before Milivojević existed, as attested to by his two calm penalties on the biggest stage of all at the 2018 World Cup. The Bald Eagle at the Eagles - it was never going to be anything other than a match made in heaven.

It was a short but sweet spell for the Champions League winner in London, where he took on that most glorious of roles as player-manager, and the marquee signing mesmerised Palace fans with his genius in midfield over a short space of time, even if the results themselves weren’t stellar as his charges finished rock bottom. Johnson, the scourge of the mid-2000s, laughed in the face of the concept of 'non-penalty goals', bagging 11 spot kicks in a single season in 2005 to finish as the Premier League's second top scorer. Beat that Milivojevic! In hindsight it's great that this guy pledged his international allegiance to the Ivory Coast, otherwise it would’ve really made this article complicated.

Zaha might go down as well as a nice cup of tea, and he’ll arguably never quite be cut out for the elite level, but the trickiest of wingers is Mr Crystal Palace, living proof that second chances can be a beautiful thing.