It seems like every weekend when you check the Crystal Palace score, you will find 'Milivojevic (P)' somewhere on the scoresheet. This might seem like an exaggeration, but the stats prove that it really is an all too common occurrence.

​During Crystal Palace's 2-1 home defeat to Brighton & Hove Albion on Saturday, Serbian midfielder Luka Milivojevic converted from the spot to score his eighth penalty kick of the season; three more than any other player. It would have been his ninth, had he not missed from 12 yards against Everton in October. 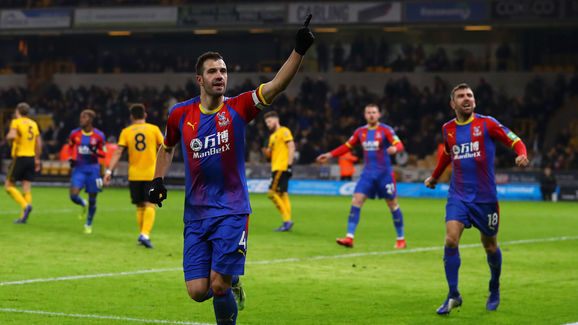 In fact, of the top six teams with the most penalties awarded, four are in the bottom half of the Premier League, so that's that theory debunked.

17 - Since his Premier League debut in February 2017, Luka Milivojevic has scored 17 goals from the penalty spot; nine more than any other player. Assured. pic.twitter.com/Q5Z5TmH8Ds

No way Milivojevic isn't scoring 30 next season with VAR.

This campaign, Milivojevic has more goals (nine) than Leroy Sane and has bagged as many as ​Marcus Rashford and ​Anthony Martial, and last season the Serb finished level with ​Pierre-Emerick Aubameyang, ​Sadio Mane and ​Christian Eriksen on 10 goals.

As Hodgson explained, perhaps it should be players like Zaha and Townsend who earn the plaudits. But one thing that can't be ignored is Milivojevic's steel from 12 yards.