Max Meyer Doesnt Fit Crystal Palaces System, So He Needs to Get Used to Sitting on the Bench

When German midfielder Max Meyer joined Crystal Palace on a free transfer from Schalke last season, it was a lauded as a massive coup.

For years, the Eagles were seen as a strong team who were tough to break down and dangerous on the counter. People started wondering if Meyer represented a change in style and approach for the Eagles.

He was once considered a future star, expected to play a huge role in Germany’s future successes. However, his career began to stall at Schalke and he found himself in south east London with the Eagles in an effort to get his career back on track.

However, it hasn’t been smooth sailing during Meyer's his first 18 months at Selhurst Park. 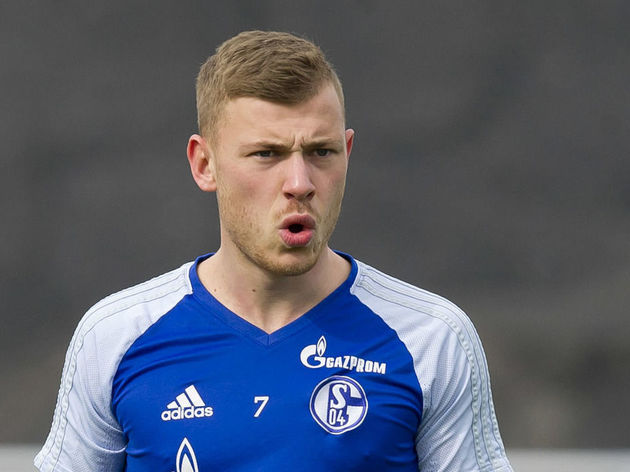 Meyer made 28 appearances for Crystal Palace in the Premier League last season, with a number of them from the bench. So far this season, the creative midfielder has only been seen in Palace colours three times in the league.

So where exactly does Meyer fit in for the Eagles, and why has he been seen so fleetingly?

Having initially started his career as a number ten for Schalke, in his last season for the Bundesliga side he was moved into a holding role, leading to fewer goals and assists. However, when he has played for Palace, he generally features on the left side of a three man midfield. Unfortunately, the south London side are overstocked with midfielders, making competition for places that much fiercer.

Meyer is known for his passing ability. His willingness to receive the ball and thread passes forward is highly respected. However, the attribute he falls down on is the same attribute arguably most important to Crystal Palace. That attribute is strength. The power to hold the ball up without being knocked off it. The willingness to track back and make tackles when the defence is on the back foot.

Due to Palace’s formation, Meyer is unlikely to be gifted a number ten role, and is even less likely to replace Luka Milivojevic. So far this season, Roy Hodgson has favoured a 4-3-3 formation with the three man midfield made up of captain Milivojevic, Cheikhou Kouyate and James McArthur. As previously mentioned, Palace almost pride themselves on being a team that's hard to breakdown, with powerful players in midfield.

The likes of Kouyate and Milivojevic act as the brick walls in midfield, while McArthur runs himself into the ground, pressing in the hope of turning possession over through opposition mistakes.

Each midfielder Roy Hodgson has at his disposal has one attribute or another that edges them ahead of Meyer in the pecking order.

Milivojevic, the current holding midfielder and the Eagles' club captain, is a strong set piece taker and defensively diligent, breaking up play and soaking up pressure when Palace are without the ball. McArthur may not be the most talented footballer in the team, but he is one of the hardest workers going. He covers a lot of distance in an effort to force mistakes from the opposition through the constant pressure he puts the ball-carrier under.

Whilst Meyer would add more attacking quality to Palace, he does not offer the same energy McArthur does. Meyer isn’t afraid to make a tackle but his role is to thread quick passes forward in an effort to create chances. This is not how Palace play at the moment.

It's also difficult to see Kouyate being displaced by the German. On the ball, Kouyate is difficult to stop once he gets moving. He’s willing to go for goal when the opportunity presents itself, and is happy to throw himself around when Palace are pinned in their own half.

With Hodgson comfortable with the current formation and unlikely to change to a 4-2-3-1 system, it's difficult to see how Meyer could move to a traditional number ten role. Under Hodgson, Palace will always favour defensive solidity and try to hit teams quickly on the counter attack. There is little need or room for the more gifted players like Meyer in the Eagles' starting XI. Meyer relies on having other gifted, attack minded players around him, players who can string passes together with him and look to make runs to create space. Unfortunately, that is unlikely to happen at Palace under Hodgson.

A change of style is needed for him to really shine and that isn’t likely to change without new management. For now, Meyer will have to get used to the bench and his role as a substitute when the Eagles are chasing a game as opposed to starting matches.

For now, Meyer will likely have to remain patient and make an impact when called upon.