​Norwich City are ready to demand £20m to part ways with left-back Jamal Lewis this summer, with Crystal Palace understood to be keen on striking a deal.

The Northern Ireland international was outstanding in the Championship last season and has showcased his potential in the top flight this year. His highlight of the season came on Friday as he fired home a fantastic half-volley to give Norwich a much-needed win over Leicester City. 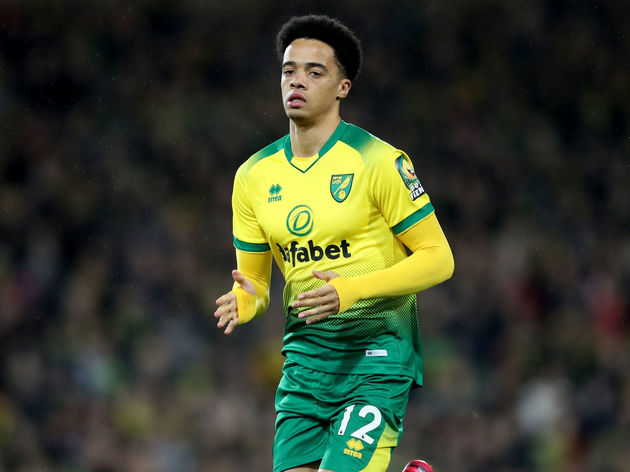 At just 22 years old, Lewis certainly looks like one to keep an eye on, and according to ​The Sun, ​Palace are eager to do exactly that by luring the defender to Selhurst Park at the end of the season.

Obviously, ​Norwich don't want to lose him, but given they are rock bottom in the ​Premier League and six points adrift, they have accepted that they may have no choice but to sell stars like Lewis.

His goal against ​Leicester has given Norwich a glimmer of hope, but the Canaries still have a long way to go if they are to avoid the drop. That goal was Norwich's first from open play in over 11 hours of football which... isn't ideal.

If Daniel Farke's side do suffer relegation, Lewis might not be the only player out the door. Full-back partner Max Aarons could also be sold for £30m, with ​Tottenham Hotspur tipped to act on their longstanding interest.

Winger Emi Buendía could raise another £20m, while the sales of both Todd Cantwell and Ben Godfrey could take Norwich's earnings north of the £100m mark.

That young core have earned plenty of praise this season, helping Norwich earn a spot in the conversation for best team to ever suffer relegation, but I'd wager they would sacrifice all their excitement for some sweet, sweet points. Unfortunately, with upcoming meetings against the likes of Sheffield United, Arsenal, Chelsea and Manchester City, points may not be too easy to come by for Farke's side.

The hope will be that the victory over Leicester will inspire their own great escape, but hey, at least they're about to make some serious money if they do go down. Every cloud.