​Norwich City kick off 2020 by welcoming Crystal Palace to Carrow Road, with the Canaries propping up the Premier League table and in desperate need of points.

The hosts can consider themselves unlucky to have gained just a point in Saturday's 2-2 draw with Tottenham, following an improved performance that was undone by conceding a late penalty - not to mention Teemu Pukki's strike that was ruled out for the most marginal of offside calls by VAR. 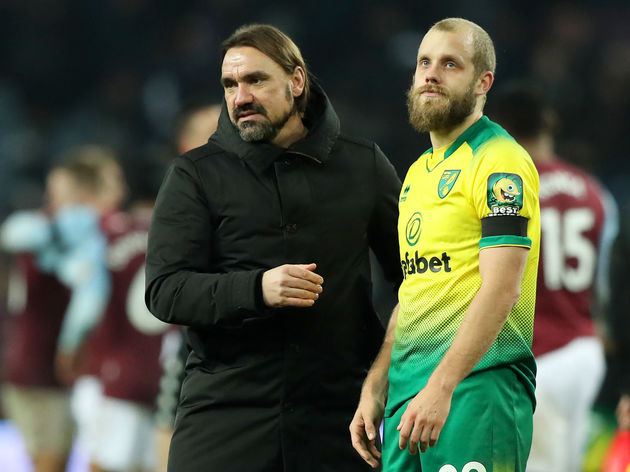 Roy Hodgson's Eagles, meanwhile, will travel to East Anglia in buoyant spirits, after picking up four points from post-Christmas fixtures with West Ham and Southampton - a haul made all the more impressive by Palace's growing injury list.

Daniel Farke's 2019/20 defensive injury woes might leave a sense of 'what if' the Canaries are to suffer relegation. Timm Klose and Ben Godfrey remain sidelined with knee injuries, but the German can otherwise select from a full compliment of defensive players.

After being used sparingly in the opening half of the season, scoring the opening goal against Spurs could see

As he has done for weeks, Hodgson is facing a selection headache in defensive positions. Patrick v

Norwich led in five of their seven top-flight games in December but failed to register a single win, setting a Premier League record by dropping 12 points from winning positions in a month. The Canaries have conceded at least twice in each of their past nine home Premier League matches and Palace have won three of their four most recent top-flight trips to Carrow Road.

Norwich have tasted victory in just one of their previous ten encounters with the Eagles, dating back to January 2008.

During the Canaries' most recent Premier League campaign - the 2015/16 season - Palace completed the double over Norwich as they went on to finish 19th and return to the Championship. In this season's reverse fixture, Palace edged a tight contest at Selhurst Park - courtesy of

Thank you for the support this evening! 