Southampton snatched a late point at home against Crystal Palace on Saturday afternoon, Danny Ings capitalising on a defensive mistake to level the game.

Crystal Palace provided fans with an early moment of magic when Wilfried Zaha swung the ball back for Max Meyer, who found the back of the net – but Meyer’s outstanding efforts were for naught, Zaha being adjudged to be a fraction of an inch offside in the buildup.

Shortly after the half-hour mark, Southampton were awarded another free kick following a foul on Nathan Redmond by James McArthur as the Eagles became increasingly frustrated. Ward-Prowse delivered the ball beautifully into the box only for Jan Bednarek to glance it over, failing to put the Saints ahead before half time.

Southampton started the second half well, but it was Crystal Palace who made the most of their chances. James Tomkins scored the first goal of the match with a superb header in the top corner, following a magnificent delivery from a Milivojevic free kick.

However, an error by Martin Kelly in the final 15 minutes allowed the home side to salvage a point. Danny Ings was the man who took advantage of the mistake, netting after an under-hit pass. Although Southampton displayed a positive attacking threat in the game, their performances at the back are letting them down. The Austrian coach will have to come up with a solution soon if he has any chance of fighting off relegation. If there was one man the Saints supporters could count on it was, of course, Danny Ings. The forward had a relatively quiet game until his goal in the second half – but the 27-year-old shows up when it matters most.

Following his goal, the striker continued to provide chances for his side which caused a nervy final ten minutes for Crystal Palace fans.

Great to see Danny Ings doing so well after a horrid run of injuries. Joint second top goalscorer in the Premier League and consistently delivering at crucial moments for Southampton. 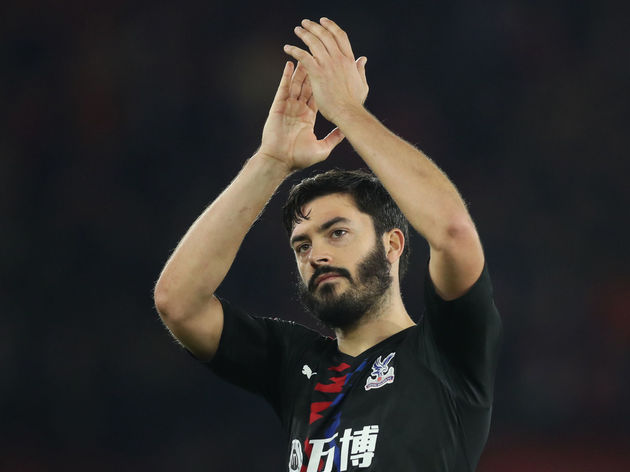 Crystal Place started off well - but it was their lack of their determination and drive after the first goal which really let the side down. Roy H Yet again, Wilfred Zaha proved to be the main spark for the Eagles. The 27-year-old was constantly moving his side up the pitch and delivering balls into the box. It was unfortunate that Meyer’s goal was disallowed in the first half, as the passage of play that led to the chance was superb by Zaha.

The dreaded new armpit law strikes again. Meyer’s goal for @CPFC ruled out by VAR. Zaha deemed to be offside when it’s really impossible to say one way or the other. What’s happened to level being onside. It’s ludicrous.

The Saints will have another tricky fixture ahead when they travel to north London to face Spurs on New Years Day. They then take on Huddersfield in the third round of the FA Cup just three days later.

Meanwhile, the Eagles will travel to Carrow Road where they face Norwich City at the start of 2020. Roy Hodgson will get his first taste of FA Cup action for the season when his side host Derby in the third round next weekend.