Initially, a player's number was determined by their location on the pitch - designed to help supporters and officials identify individuals. Complex stuff, eh?

But almost 100 years on, and the same concept has taken on a slightly deeper meaning - with tactical roles and even superstitions determining what number is printed on the back of one's shirt. Crystal Palace were barely 20 years old when the idea was introduced in England. And despite the club's struggles for tangible success since its 1905 inception, they've nonetheless had some greats don the red and blue strip over the years, strutting around Selhurst Park with numbers one to 11 on their backs.

The FA made things a little more complicated in 1993, however, abandoning the mandatory use of one to 11 for the starting XI.

Nevertheless, here are the best players to have ever worn each shirt number (one to 11) at Palace. Only three players can top the Argentine's 405 games for the club, while Speroni has also kept the most clean sheets in Eagles history (112). His stellar display in the 2013 Championship play-off final victory over Watford is one that'll be remembered fondly by the Palace faithful. Palace haven't been blessed with the most dynamic of right-backs down the years and for the number two shirt, it can only be Joel Ward; the definition of a steady Eddie.

Nevertheless, Ward became a mainstay in the Eagles starting XI for several years before the emergence of Aaron  Wan-Bissaka saw the minutes of the former Portsmouth man dwindle last season. 'The Spider's' departure to Manchester United in the summer, however, has seen 'Wardy' reclaim his starting berth down the right flank this term

Since his mere £400,000 switch form Pompey back in 2012, the versatile Ward has gone on to make over 230 appearances in the red and blue stripes, also playing a key role in their promotion to the top-flight in 2013. Considered by many fans to be Crystal Palace's best defender,

Quick, calm, strong in the tackle and an excellent crosser of the ball, Sansom missed just one league game in a consecutive run of 156 games, starting back in 1976, when Palace were in the Third Division. In the 1978/79 season, Palace won the Second Division title with Sansom integral to the youthful Eagles side.

He also has over 80 caps for England, making his international debut while still a Palace player. Before all the missed penalties, waistcoats and being the figurehead of the greatest summer of the lives of English football fans, Southgate was a product of the Palace academy and after making his senior debut in 1988, he

He skippered the team to the Division One title in 1994 having played almost every game in the Premier League relegation campaign the season before. I don't think the Palace hierarchy envisaged the success Scott Dann would enjoy in south London after they drafted him in from Blackburn on Deadline Day in January 2014.

The incredibly reliant, intelligent and aerially dominant Dann became an indispensable member at the heart of the Palace backline under Alan Pardew, winning the club's 'Player of the Year' award in his first full season at the club before notching the 'Players' Player of the Year' the following year.

The 33-year-old is still a member of the first-team squad, but he's become less of a prominent figure with Roy Hodgson at the helm over the past couple of seasons.

Nevertheless, Dann - up to this point - has made 159 appearances for the Eagles, scoring an impressive 15 times. Despite his brief stint at the club, the 'Bald Eagle' Lombardo was probably the most gifted player to ever strut their stuff on the Selhurst Park turf.

I mean, it's not often the Eagles sign Champions League

Blessed with immense physical attributes and the knack of outwitting opponents in one-v-one situations, Lombardo was an instant hit in south London and despite making just 49 appearances in red and blue, the Italian still made Palace's Centenary XI in 2005.

23 years on, however, and we still question why a 31-year-old Lombardo opted to switch trading passes with Alessandro Del Piero for the likes of Bruce Dyer and Rob Quinn at Selhurst Park. The man who scored 21 goals in a Premier League campaign despite representing a relegated outfit; Andy Johnson was one of Palace's finest ever sharp-shooters.

Although it was a bit weird why the opportunistic forward donned the number eight strip during his Selhurst Park days.

Nevertheless, that campaign came after he'd guided the Eagles into the top-flight with a remarkable 32 goals the season prior and following another season in the second tier after Palace's relegation, Johnson made the £8m switch to Everton in 2006 - leaving the club having scored 75 times in 150 games.

Not bad for an unwanted nobody. 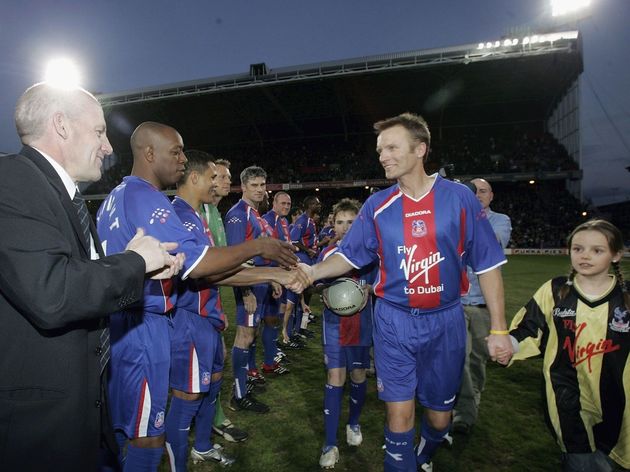 Thomas may well be Palace's greatest ever, as the well-rounded midfielder skippered the side through the club's most successful period in their history between 1987 and 1993.

The Englishman collected the 'Supporters' Player of the Year' award in his debut season at the club before playing an instrumental role in their promotion to the top-flight the following year. His success in a Palace shirt saw him garner nine England caps and in 1990 - his finest campaign - Thomas led the Eagles out in the FA Cup final against Manchester United where they drew 3-3 before losing in the replay.

By the time he made the switch the Wolves in '93, Thomas had notched 249 appearances in the Palace strip, while his defeat of leukaemia a decade later only enhanced his reputation in Eagle folklore - later being announced in the club's Centenary XI. 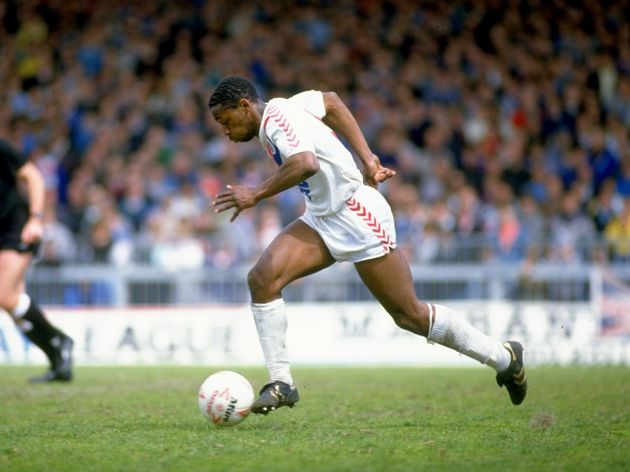 Ian Wright Wright Wright spent six glorious seasons sporting an Eagles shirt and is considered by many to be the best Palace striker ever.

Wright, who joined the club after impressing a Palace scout at semi-pro outfit Greenwich Borough, having caught the eye of then-manager Steve Coppell, signed professional terms for Palace as a 21-year-old in 1985.

Following an 11-goal season his debut campaign, Wright would go on to forge a deadly partnership with Mark Bright in south London as the Eagles finished the 1990/91 First Division campaign in third - the club's best-ever finish in the top-flight.

By the time he made the switch to Arsenal A current-day great, the Ivorian should be vastly credited for keeping the Eagles afloat in the Premier League for the past half a decade.

Aaron Wan-Bissaka's winning of Palace's 'Player of the Year' award last term ended a three-season streak of Zaha picking up the crown.

And overall, it's pretty remarkable that a man of Zaha's talent has remained at the Eagles for this long amid persistent interest from some of the Premier League's best.