​Crystal Palace travel to Vicarage Road on Saturday afternoon as they take on Watford in the quarter-finals of the FA Cup.

The Eagles lost in the final of the competition three seasons ago, agonisingly going down 2-1 to Manchester United. That is the closest they have come to lifting the famous trophy, with one other final defeat coming in 1990 against the same opposition.

Watford have also been tantalisingly close to FA Cup glory, losing the 1984 final to Everton. They have performed well in the tournament this century, featuring in three separate semi-finals since the turn of the millennium. Both sides have had an upturn in form this calendar year, helping them to climb the table, respectively. However, the two lost in their most recent matches; the Hornets fell to a 3-1 loss at Manchester City whilst Palace were defeated 2-1 by Brighton.

Check out 90min's preview of the ​cup clash below.

Javi Gracia has a near full-strength squad from which to choose, with centre-back Tommie Hoban the only confirmed absentee for the Spaniard. However, there is a risk that he may be without fellow defender Miguel Britos, who is a slight doubt after picking up a knock. 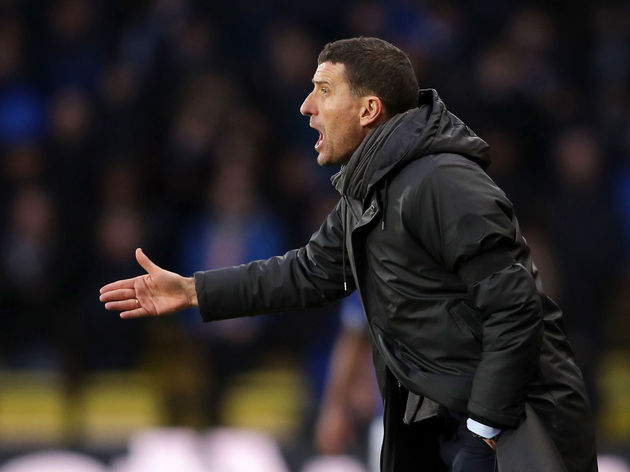 ​Palace also have a couple of concerns in defence. Papiss Soare has nearly recovered after dislocating his shoulder in January, though he is likely to be rested for Saturday's encounter.

Mamadou Sakho underwent knee surgery recently and is not expected to be back for the foreseeable future. Roy Hodgson has no other players unavailable for the trip to Vicarage Road.

This is the third meeting between the sides this season, with ​Watford having won both of the previous games 2-1. Hornets fans will be desperate to see their side repeat those two ​Premier League successes with a semi-final at Wembley up for grabs.

Unfortunately for the hosts, they have only recorded a further two victories over Palace this decade and were knocked out of the FA Cup by the Eagles during their run to the final in 2016. Watford have conceded 31 in that time, finding the net themselves on 18 occasions.

Watford have been excellent in recent months and are unbeaten at home since December. They have won four of their last six fixtures in all competitions, with their only defeats coming away to table-toppers ​Liverpool and ​Manchester City. The South London side have had an equally positive beginning to 2019. They have lost just twice in nine matches and comfortably dismissed both​ Leicester City and ​Burnley in their most recent games away from Selhurst Park.

Though they have looked dangerous of late, Luka Milivojevic's penalty was not enough to spare Palace an infuriating home loss to bitter rivals ​Brighton last weekend. They will be hurting from that result and will hope to ease the pain by booking their semi-final spot.

​Here's how the sides got on in their last five matches:

Watford have no distractions going into this encounter. They sit handsomely in eighth place in the Premier League and are clearly targeting the FA Cup given the host of changes Gracia made for the game at the Etihad last Saturday. Palace remain in a precarious position in the league, with just five points separating them from ​Cardiff City in the final relegation place. They may be distracted by such concerns, allowing the Hornets to capitalise.

Playing at Vicarage Road should also give Troy Deeney and his men a lift, spurring them on as they seek to deliver silverware to their adoring fans.