Zaha has become Palace’s main man since returning to the club following his ill-fated move to Manchester United back in 2013. In doing so – and due to a fleet-footed style of play which sees him frequently brought down – the 27-year-old has regularly found himself on the receiving end of a torrent of abuse from rival fans. While the treatment he receives hasn’t prevented him from producing some scintillating displays, ​Zaha has conceded that he struggles to understand why he is the target of such treatment.

“It does frustrate me”, Zaha told ​the Mirror. “You don’t even know me, but you have decided you don’t like me. How is that possible? I don’t understand it myself. It’s crazy, man! I’m actually a nice guy.

“For some reason, I’m that pantomime villain that every club hates. Every team. We played against Colchester, I’ve never played against them before, I go on and I get booed. I’m thinking: ‘You don’t even know me, why are you booing me?’”

The treatment the winger has begun to expect doesn’t stop on the terraces. Zaha is one of the most fouled players in the Premier League this season, something he again concedes he struggles to come to terms with. 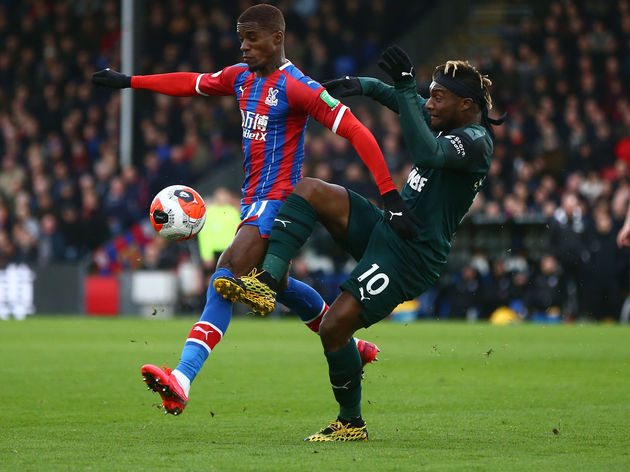 Zaha has become no stranger to transfer speculation, with a whole host of clubs regularly rumoured to be chasing his signature.

Despite maintaining he has always given his all for Palace since his move back to the club, the Ivory Coast international admitted he would struggle to turn down another move away from his boyhood club.

"I will always love Palace,” he added. “I’ve been here since I was 8 years old. For me when I put that shirt on and go on the pitch, I always gave 100 per cent. So once I was back, I was 100 per cent Palace. If I didn’t move, I didn’t move, but I am ambitious, I feel I can go to the next level so if there is an opportunity I feel like I can’t say no to it.”