​Wolverhampton Wanderers' Romain Saiss received a second yellow card for a foul on Wilfried Zaha during their 1-1 draw with Crystal Palace on Sunday. By doing so, Zaha set a record that he may not have quite expected.

The Ivorian, since making his Premier League debut for Manchester United all the way back in 2013, has induced six opposition red cards in his career, more than any other player.

6 - Since making his Premier League debut in December 2013, Wilfried Zaha has induced six opposition red cards - the most of any player. Casualty. pic.twitter.com/xMdaSjDKMQ

​​It could've been even more than that. There was minor controversy last season when ​Watford's Etienne Capoue failed to see red when he maliciously challenged Zaha, raking his studs down the back of his leg. Capoue earned heavy criticism for the tackle, and he later admitted that ​Zaha may have been too quick for him.

This reveals, perhaps, the reason behind Zaha inducing so many red cards. Defenders can't deal with his immense pace and are reduced to bringing him down in an attempt to stop any ​Crystal Palace attack. 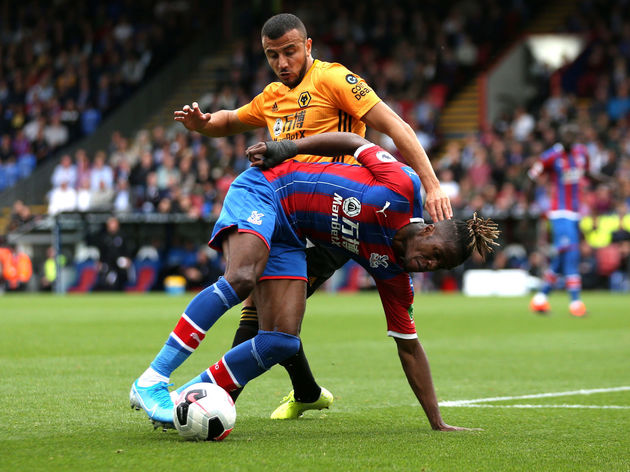 Zaha has been crucial to the Eagles over the last few seasons and contributed to 20 of Palace's 51 goals last season, scoring on ten occasions and assisting ten goals.

Despite Saiss' red card, ​Wolverhampton Wanderers did go on to get a last-minute equaliser, with Diego Jota scoring to secure a point and Wolves' fourth draw of the season.

By seeing red, Saiss became the eighth Moroccan to have been given their marching orders in the Premier League. The others include players such as ​Southampton's Talal El Karkouri and Queens Park Rangers' Adel Taarabt, who was shown his second yellow shortly after scoring the winning goal against ​Tottenham Hotspur back in 2012.