5 Crystal Palace Players Who Could Break Through in 2020

​Crystal Palace have enjoyed a rather fantastic start to the 2019/20 Premier League season as they reside in ninth place in the table with a view to finishing in the European spots.

The Eagles do, however, possess one of the oldest squads in the league with an average age of 29, meaning Roy Hodgson will need to inject some youth into his side sooner rather than later. Luckily for Crystal Palace, they have several promising youngsters who look set to make their breakthrough over the next 12 months.

Here, 90min takes a look at five of those academy players who could break through in 2020. A pacy and tricky winger, Jason Lokilo looks set to have a bright future at Selhurst Park and has already featured for the first team, making his debut against Ipswich Town in a Carabao Cup fixture in 2017.

Having spent the 2018/19 season on loan at French Ligue 2 club Lorient, Lokilo returned to ​Crystal Palace for the 2019/20 season and has been named on the bench on a number of occasions.

The 21-year-old has found the net once this season in 11 appearances, although he is training with the first team, and with Wilfried Zaha in particular, can serve as experience for the Belgian. ​One Eagles academy member who is yet to make his full senior debut for the club is midfielder Nya Kirby.

The 19-year-old was a member of England's all conquering Under-17 World Cup side in 2017 and was instrumental for the Three Lions, scoring a penalty in the last-16 tie against Japan.

Kirby was named on the substitutes bench against his former side ​Tottenham Hotspur in 2018 and has featured for the Eagles in friendlies in the summer of 2018. 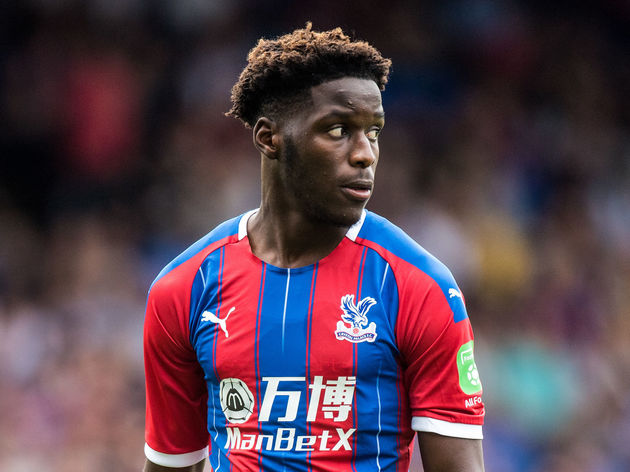 Brandon Pierrick is a quick, powerful and dynamic forward with a keen eye for a goal and has featured 15 times for the Under-23 side this season, scoring four goals including a hat-trick against ​​​Millwall.

Still only 18 years of age, Pierrick became the Eagles' second-youngest Premier League debutant after coming off the bench in Crystal Palace's victory over ​Norwich City, and started against ​Derby County in the FA Cup.

Pierrick is highly rated by his coaches, peers and almost certainly looks to have a future at the south London club, with a view to break into the first team in the next 12 months. 21-year-old centre-back Sam Woods had his breakthrough year with the development side during the 2017/18 campaign, guiding the Eagles to the Professional Development League title.

Strong and dominant on the ball, Woods has continued to train with the first-team amid Crystal Palace's injury crisis, and was rewarded with a senior debut against ​Middlesbrough in the Carabao Cup in October 2018. The lifelong Eagles fan travels to most of the first-team games and earned his first senior start for the club against Colchester United in August 2019.

With Mamadou Sakho now 29, James Tomkins now 30, Gary Cahill now 34 and Scott Dann entering the twilight of his career at 32, it seems only a matter of time before Woods breaks through into the senior side. David Boateng is another product of the Crystal Palace development squad who excites his coaching staff.

Despite being a midfielder by trade, Boateng has been shifted into the left-back position in the Under-23 side but has not seen his performances suffer. Rather, Boateng has become a regular in the side and has been called up to train with the first-team squad ahead of Crystal Palace's clash with ​Arsenal.

With Patrick van Aanholt now 29 and the only recognised senior left-back at the club, Boateng has a real chance of breaking into the first-team, and Roy Hodgson will no doubt be keeping tabs on the youngster over the course of the next 12 months.