90min's Definitive A to Z of Crystal Palace

They joined the Football League in 1920, and have spent the majority of that time plying their trade in the top two divisions.

Over the years, many great players have donned Palace's famous red and blue shirt - providing some exhilarating moments for the club's supporters. But how are the club defined in say, an A-Z?

A is for Andy Johnson

Club ambassador Andy Johnson scored 85 goals in 160 appearances for Palace, a mightily impressive strike rate. After firing the Eagles to promotion in 2003/04, top scoring with 27 league goals, Johnson was equally as impressive in the Premier League. He scored 21 goals, with only Thierry Henry ahead of him in the golden boot race. Sadly, his goals were not enough to keep Palace from avoiding the drop.

B is for Johnny Byrne

Playing for Palace between 1956 and 1962, and then again in 1967/78, Byrne scored over 100 goals for Crystal Palace - becoming one of just five post-World War II players to be called up by England while playing outside of the top two divisions in England.

C is for Jim Cannon

Probably the biggest Palace legend of the lot.

D is for Dougie Freedman

Current Crystal Palace sporting director Dougie Freedman is a firm favourite at the club. The Scotsman scored over 100 goals for the Eagles during his two spells and 11 seasons at Selhurst Park. He later returned to Palace in 2010 as Assistant Manager under Paul Hart, and then George Burley. Once Burley was sacked, Freedman got his first taste of management at Palace, before heading off to Bolton.

E is for Edwin Smith

Edwin Smith played for Palace between 1911 and 1920, and is one of the most prolific goalscorers in the club's history. He is, infact, second - bagging 124 goals in the 192 appearances he made.

F is for Full Members Cup

Palace have been champions of the third tier of English football once, and the second tier twice. Aside from that, there's not an awful lot going on in the club's trophy cabinet.

However, they did manage to win the Full Members Cup, also known as the Zenith Data Systems Cup (no, me neither), in 1991. They beat Everton 4-1 in extra time.

G is for Geoff Thomas

Palace's greatest ever player, captaining the Eagles throughout their most successful period in history. Thomas skippered the side to the FA Cup final in 1990, and won the club's player of the year award the following season as Palace finished third in the top flight - their highest ever position.

H is for Holmesdale Fanatics

Crystal Palace are often credited with the noisiest fans in the Premier League, and the Holmesdale Fanatics are a big reason why. They specialise in singing throughout the 90 minutes, with a dedicated singing section. I is for Alan Irvine

Once it was confirmed Ian Wright would be taking the W on this list (more on that later), 'I' was very much up for grabs. Step forward Alan Irvine. These days he's known for his role as being an Assistant Manager, but during his playing days Irvine was a winger. He played 109 times for Palace, scoring 12 goals. That's good enough for me.

J is for John Salako

Another member of that great Palace side that reached the FA Cup final and came third in the league, Salako played over 200 times for the club over nine years.

K is for Kenny Sansom

An outstanding defender who made 86 caps for England.

L is for Attilio Lombardo

One of the strangest signings in history? The Italian arrived from Juventus in 1997, and although he only spent a season and a half at Selhurst Park, it was enough to earn him cult hero status with the fans. 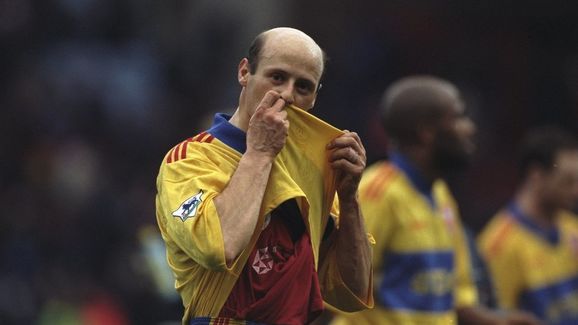 He even had a spell in charge of the team!

M is for Mark Bright

N is for Nigel Martyn 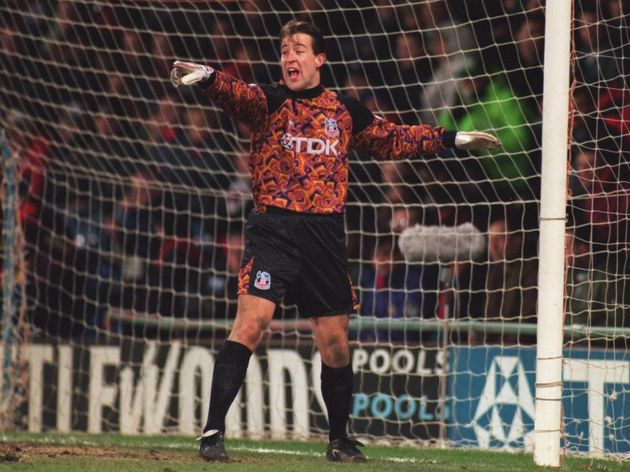 Another from that 1990 side that made it to the FA Cup final, the goalkeeper played 349 times for the Eagles across seven seasons with the club - and is one of the finest stoppers to never become an England regular.

O is for Ohhhhhhhhh

And where you play

And that's the way

P is for Peter Simpson

You must be a pretty special talent to score 165 goals in 195 games. Well that's exactly what club-record goalscorer Peter Simpson achieved for Crystal Palace between 1929 and 1935.

Q is for Qualifying for Europe

Well... sort of. Courtesy of the wonderful, and now defunct, Intertoto cup, Palace ventured into European football for the one and only time in their history. Despite finishing bottom of the Premier League, Palace were the only participant in 1998.

They lost 4-0 on aggregate against Turkish side Samsunspor, losing 2-0 in both legs. Wikipedia handily tells us that Palace's highest ever home attendance in Europe is 11,758, and that their lowest is, well... 11,758. Cheers.

R is for Relegation Record

Apologies, Palace fans. The club have 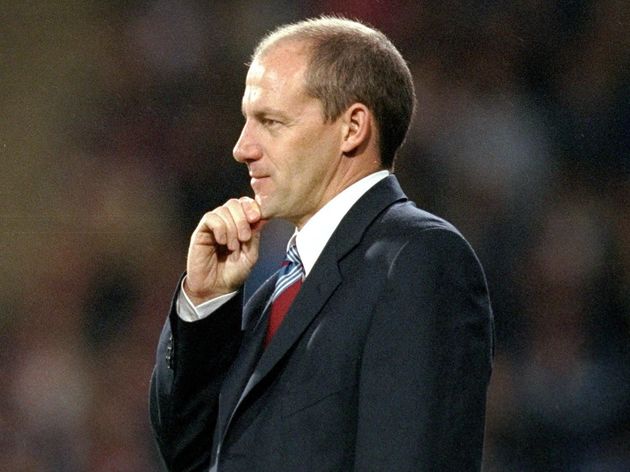 T is for Terry Long

Long played for Palace as a defender between 1955 and 1970. He made 480 appearances for the club, second only to Jim Cannon - and his time with the club will never be forgotten.

U is for Dennis Uphill

V is for Vince Hilaire

Hilaire was a key part of the Palace team in the late 70's to early 80's, and was a firm fan favourite. The tricky winger had speed and skill, and contributed to Palace's rise from the third division to the top flight. He made 293 appearances for the club, scoring 36 goals.

W is for Ian Wright

Ian Wright, Wright, Wright. Many associate Ian Wright MBE with Arsenal. Which is fair, considering he scored 185 goals for the Gunners and is considered one of their greatest ever players. But the man from Woolwich wasn't too shabby for Palace either, the club where he made his name. X is for Excellent bit of trivia

Only one club in the entire Football League doesn't have a vowel in the first five letters of their name. You guessed it - Crystal Palace.

Y is for Yo-yo

Between 1993 and 1998, Palace were the ultimate yo-yo club. In the space of six seasons, Palace suffered three relegations from the Premier League, and two promotions to it. Thankfully for Palace fans, those days seem to be consigned to history.

The Eagles are currently enjoying their sixth consecutive season in the top flight, and are starting to become part of the furniture.

Z is for Wilfried Zaha As hard as he tries to leave the club, you can't deny that Wilfried Zaha is Palace's star man. Aside from that brief stint at Manchester United (and a short loan spell at Cardiff), he's spent his entire career at Selhurst Park.

He's made over 350 appearances for the club, and is widely regarded as one of the club's best ever players.