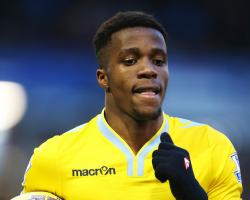 Crystal Palace V Newcastle - view commentary, squad, and statistics of the game live.Pardew proud of Newcastle stintCrystal Palace manager Alan Pardew faces former club Newcastle this week in the firm belief he departed with his "head held high".After four years in charge of the Magpies, Pardew quit at the end of December to return to Palace, a club he played for between 1987 and 1991.Pardew's reign on Tyneside was occasionally a turbulent one, never more so than after the club's dismal start to the current campaign when they claimed just four points from the opening seven matches to leave them bottom of the Barclays Premier League.The fans turned on Pardew, demanding his resignation and calling for owner Mike Ashley to leave, yet the 53-year-old managed to turn the tide, steering United out of danger and up the table.The reaction of supporters when he finally did leave was mixed

Some claimed he had been harshly treated, others suggested he had made the right move in getting out.Pardew will get some idea as to what the hardcore fans thought of him on Wednesday at Selhurst Park when Palace face Newcastle, not that he is overly concerned."I'm not expecting or hoping for any reaction," declared Pardew."We had some great times together

It was not so great the last year, but on the whole my experience there was great."I thought I did a good job and walked out with my head held high, and so I'm looking forward to the game."I've still got all my staff there and my players, and they're close to my heart."It will be strange because after four years after living every part of that football club and that city, good and bad, it's emotional."It will be a slightly different game for me."Pardew is hopeful a work permit will finally arrive for new signing Papa Souare on Monday following the left-back's move from Lille at the end of the January transfer window, enabling him to play against the Magpies.Crystal Palace captain Mile Jedinak is a doubt

Jedinak returned from the Asian Cup last week with a sore ankle while Marouane Chamakh is not expected to feature as he recovers from a broken nose.Yannick Bolasie is available again after helping DR Congo finish third at the African Nations Cup on Saturday but the winger is unlikely to start.Midfielder Siem de Jong is close to a return for Newcastle.The Holland international has managed only three senior appearances since his B#6million summer arrival from Ajax, and has been sidelined for more than five months with a torn thigh muscle.Cheick Tiote is due back from the African Nations Cup, where he missed Ivory Coast's final triumph with an ankle problem, on Wednesday and will not be involved as his injury is assessed, while fellow midfielder Rolando Aarons (hamstring) is yet to return to the squad.John Carver has admitted not many managers would have stood firm in the face of the tide of criticism which threatened to engulf Pardew during the final months of his Newcastle reign.The 53-year-old ended a stay of more than four years on Tyneside last month, to the delight of his most vociferous detractors, when he decided to take up the offer of the top job at Crystal Palace, the club with which he had made his name as a player.His departure ended a torrid few months for the Londoner, who found himself the target of the Sack Pardew campaign, which saw disaffected fans launch a concerted broadside against him despite the continued backing of owner Mike Ashley.He ultimately went, but under his own steam and intriguingly, will welcome his former employers to Selhurst Park on Wednesday evening having guided Palace to five victories in six games since his move and desperate to prove a point by extending that run.His former assistant and now Newcastle head coach Carver said of the criticism: "It was tough, but how he dealt with it, I'm not sure there are many people out there who could have dealt with it like he did."How he dealt with it is invaluable to me, and I learned from it and it can only stand me in good stead in the future."