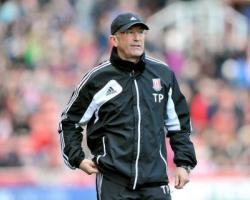 Pulis: Saints have got it rightTony Pulis believes Southampton have solved the puzzle of bringing through academy players - but warned that tempting offers from other clubs could still see that homegrown talent fly the nest.Southampton have drawn the plaudits for their attractive football under Mauricio Pochettino and the backbone of the Argentinian's side are products of Saints' youth academy.Calum Chambers, James Ward-Prowse, Adam Lallana, Sam Gallagher and England's latest cap Luke Shaw have all played some part for Southampton this season and Palace boss Pulis is not at all surprised."They have done it consistently for a long time," he said."They haven't just stumbled over it

They have the jigsaw sorted out and all the pieces are in the right place, we don't do that a lot in this country."I know a little about the club and there are people who have been there for years and years

They have a good scouting set-up and the people who work there, even before you become a professional, are very good lads."They don't worry about just the technical side of it, they look at attitude, commitment and responsibility

Most of the lads who have come out of that club are not only good players, they are good lads."Other players to have come through the ranks at Southampton include talent such as Gareth Bale, Theo Walcott and Alex Oxlade-Chamberlain.Bale moved on to Tottenham before a massive-money move to Real Madrid while England pair Walcott and Oxlade-Chamberlain are making their mark at Arsenal.Shaw has been constantly linked with a summer move to Chelsea or Manchester United and Pulis admits it is hard for Southampton to keep hold of all of their talent."I think they accept that," he said."Tottenham lost Bale, they are one of the top clubs in England but they lost him to one of the top clubs in the world - that happens."Palace themselves are still embroiled in the Barclays Premier League relegation battle and welcome Southampton to Selhurst Park on Saturday with Chelsea, Manchester City and Liverpool still to visit south London.The Eagles also face a number of other sides in the survival battle as trips to Sunderland, Cardiff and Fulham loom on the horizon."We know how tough this run is for us," conceded Pulis."We have got it as tough as anybody in the bottom 10 but we will get our heads down and work as hard as we can."There are 10 or 11 teams still fighting for their lives and we are ahead of the game in a lot of respects because we are still in with a chance and nobody gave us that chance a short time ago."It is very difficult to stop the players looking at things

You can get so confused and uptight and lose a lot of energy worrying about things you can't affect."Pulis could be without Marouane Chamakh

The striker injured a hamstring in last weekend's 1-1 draw at Swansea and is struggling to be fit.Kagisho Dikgacoi did not travel for international duty with South Africa but Pulis is hopeful he can play some part against Saints.Southampton manager Pochettino believes Shaw's England debut has given Roy Hodgson a "very big problem" when it comes to selecting his World Cup squad.The highly-rated 18-year-old was handed his senior debut in Wednesday's 1-0 friendly defeat of Denmark at Wembley, just 16 months on from making his Premier League bow

Shaw replaced boyhood idol Ashley Cole at half-time and slotted in seamlessly at left-back, providing Hodgson with a pleasant selection headache when it comes to choosing his squad for Brazil

Leighton Baines' place is all but assured, so it looks to be a straight fight between Shaw and experienced Chelsea defender Cole for the other left-back berth

"I think Roy Hodgson has a very big problem on his hands," Pochettino said of England's selection dilemma

"I thought it was an amazing moment for him, for Southampton Football Club in general and especially for all the managers and directors he's had in the academy

"To see a child from 10 years old to making his international debut has to be a moment of great satisfaction and of great pride." Shaw was one of 18 Southampton players on international duty this week - a proud moment for Pochettino only tempered by the negative impact it could have on Saturday's trip to Palace

"I always enjoy watching my players when they play for their national sides," he said

"It was really great to see Luke's England debut, and Adam (Lallana) made a good contribution in the second half

"I was very pleased with their performances on Wednesday, but it's always a difficult moment when you have a lot of players away

"Overall, when you include the Under-21s, Under-19s and Under-17s, we had 18 players out of the club so it's good to have them back and to be able to welcome them into the squad

"All of the players that have been away on international duty might have a little bit of fatigue, especially those who have travelled long distances like Maya Yoshida and Victor Wanyama, who have just got back

"Of course there are some minor problems that we need to assess with certain players, especially those who have been away."