Millen- No hitches with Pardew 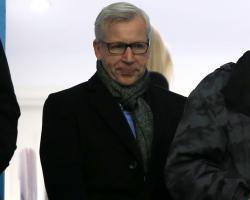 Pardew was expected to be unveiled as Neil Warnock's successor on Friday - but the details of the contract that will prise him away from Newcastle are still being finalised.

The former Eagles midfielder spoke to staff on a visit to the training ground on Friday morning and caretaker-manager Keith Millen insists official confirmation of his appointment is imminent.

"They're still talking, but there are no problems

The lawyers are finalising the contract

The paperwork is taking longer than expected," Millen said.

He spoke to the players and then we had training.

He'll be taking training on Saturday

We're hopeful the deal will be done for Sunday."

Pardew will select the side to face Vanarama Conference side Dover and Millen insists his return to the club has captured the players' imagination.

"We've spoken about the team for Sunday's game

He's gone through the squad

He's learning about the players, but he's pleased with what he's seen

"Alan is excited because it's Crystal Palace and the club means a lot to him, but it's also exciting because of the group of players he's inheriting.

"There's a buzz about the place

It's exciting times and from the conversations I've had with him we'll be looking to change a few things.

"He knows what we're about and is excited because he feels he can bring another dimension to our play, certainly from an attacking point of view

We all know we need to score more goals."

Pardew has also held talks over potential targets in the transfer window.

"We've shared our thoughts with Alan

We've had a chat and he's spoken to the chairman," Millen said.

"He's seen the squad for the last few games, so he has a good idea of what we need, and he's in agreement with what we thought.

"There's a list of targets, but I don't know how far down the road we are

There are a few positions we're looking, but it's not a massive overhaul.

The quicker we get players through the door the better."