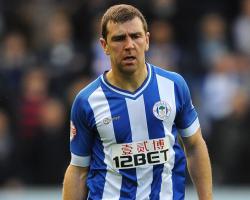 Leicester City had agreed a ÃÂ£7million deal for Scotland midfielder McArthur but pulled out of the deal after snaring Esteban Cambiasso instead.

Palace will break the ÃÂ£4.5million paid to Peterborough for striker Dwight Gayle last summer if they now complete the deal for 26-year-old McArthur as expected.

Defender Zeki Fryers could still make the switch from Tottenham before Monday night's transfer deadline, with new Palace manager Neil Warnock intent on bolstering his squad in all areas.

Warnock returned for a second stint managing Palace last week, succeeding Tony Pulis, who quit the club on the eve of the new Premier League season after a row with the board over transfer policy.

The former Sheffield United boss' first act in charge at Selhurst Park was to complete the season-long loan deal for Wilfried Zaha's return from Manchester United.

Zaha fired an injury-time goal at Newcastle on Saturday as Palace stole a 3-3 draw in the north east.