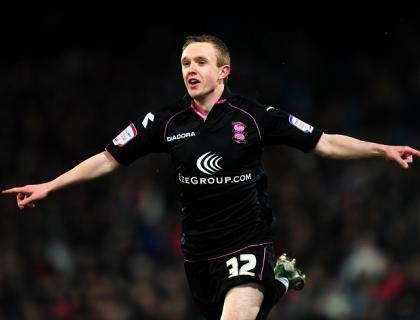 Kicking off three points behind second-placed Hull, the Eagles could have turned up the heat on City ahead of their clash with Huddersfield on Saturday.

Instead, Hull will travel west with a game in hand knowing a win will put them four points clear of third-placed Watford and six in front of Palace.

Watford themselves came up short, conceding a last-minute equaliser as they shared six goals with Burnley, but Palace were not even able to take a point.

They were on the back front from the moment Nathan Redmond's run and shot put City ahead with 24 minutes gone, with Damien Delaney's own goal doubling the lead before the break.

Ravel Morrison made it three with 64 minutes gone before Shane Ferguson capped the win with a brilliant curling free-kick.

Watford's result was not as catastrophic, but they will be left wondering what could have been as Sam Vokes earned Burnley an injury-time point.

Charlie Austin twice put Burnley ahead, opening things up in the first minute and then adding a 24th-minute penalty, but Troy Deeney`s goal and Fernando Forestieri's brace looked to have won it for Gianfranco Zola's men.

In the day's other early kick-off, Blackburn drew with Blackpool in a north west derby.

Gary MacKenzie opened the scoring for Blackpool but Jordan Rhodes made it 1-1 - scoring under his eighth manager this season.