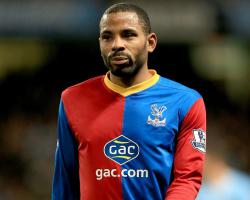 Puncheon, 27, posted a series of tweets - which he later deleted - following criticism of a penalty miss by Warnock, who had signed him on loan when manager at QPR in September 2011.

The FA charged Puncheon as a result and has now fined him for the tweets.

The row blew up after Warnock delivered stinging criticism of Puncheon for blasting a penalty wide against Tottenham.

Warnock had said on talkSPORT: "There's no way I would've trusted him with a penalty

You've got to have somebody a little bit more cool, and he's not like that, Jason.

"He can whack a 35-yard free-kick in here and there but a penalty, with all the pressure on him at a place like White Hart Lane - not in a million years for me."

Puncheon retaliated on Twitter with derogatory remarks about his former manager, who said in a statement he had done "nothing untoward" and was addressing the matter directly with the player.

The FA then charged Puncheon that in posting the comments, he "failed to act in the best interests of the game and/or acted in a manner which was improper and/or used abusive and/or insulting words, in contravention of FA Rule E3(1)".

Announcing the outcome of the disciplinary action, the FA said in a statement: "Crystal Palace's Jason Puncheon has been fined ?15,000 and warned as to his future conduct after he admitted an FA charge for Twitter comments he made in relation to Neil Warnock."