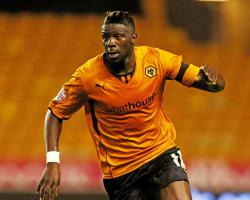 Sako has joined the Barclays Premier League side on a three-year deal following the expiration earlier this summer of his contract with Wolves, who he had been with since 2012.

The French-born Mali international scored 36 goals in 118 league appearances for the Midlands outfit, and was named in the PFA League One Team of the Year when he helped Wolves win the division in 2013/14