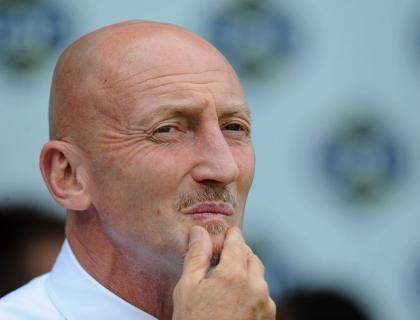 A tough home fixture against Tottenham on Sunday ushers in a first top-flight season for the Eagles since 2005, after Holloway secured a second stab at top-flight management himself by guiding the club to promotion via the play-offs.

The 50-year-old became widely known for his raw enthusiasm when he had a solitary season in the Premier League in charge of Blackpool but admits he is struggling to feel the buzz of another Premier League campaign.

And he is frustrated that transfer windows even exist, believing they restrict the prospects of promoted teams.

"I'm telling you the truth, what am I excited about?" said Holloway. "Not having a squad as big as the others? This is reality now and my job is to get some more players in here now to help this group.

"I have a crushing deadline, two and a bit weeks before that window closes, how unfair is that window.

"I'm of the understanding that there should be no window because it limits you, it limits the teams that come up.

"It is a busy time for all of us managers but probably extra tough for me at the moment but there you go, such is life."

Holloway has already been busy in the transfer market, bringing in eight new faces since securing Premier League football.

But he is keen to add more, especially in attacking areas as he looks to re-balance his squad following the loss of top goalscorer Glenn Murray to a serious knee injury and Wilfried Zaha's transfer to Manchester United.