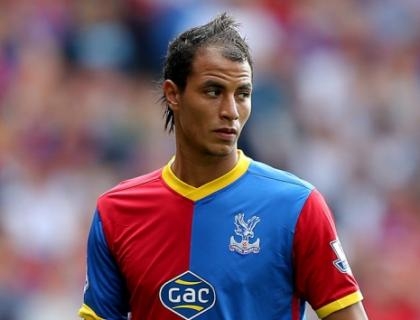 Crystal Palace ended their seven-game losing run with a goalless draw against Everton but will be wondering how they did not come away with all three points.


Instead managerless Palace remain rock-bottom of the Barclays Premier League.


The club did appoint a new sporting director in the shape of recently-ousted Cardiff head of recruitment Iain Moody, and plan to unveil their new boss early next week despite maintaining a decision has not yet been made.


But whoever the new man is - Wales chief Chris Coleman and former Real Madrid assistant Aitor Karanka seem to be the frontrunners - they will have to somehow cure Palace's goalscoring problems.


Everton, by contrast, began the day with a chance to climb into the top four, but they have now drawn a blank in successive matches.


They put in a strangely subdued display yet still had a chance to win it late on, but Phil Jagielka rattled the crossbar.


Romelu Lukaku started up front for the visitors despite injuring his knee in a collision with the head of Spurs goalkeeper Hugo Lloris last weekend.


But Lukaku never looked like adding to his five goals this season while this week it was the turn of Everton keeper Tim Howard to take a whack on the head.


The American walked into the wing mirror of the team bus before kick-off but, like Lloris, he soldiered on.


And Howard showed no after-effects with a stunning save to deny Thomas in the first half.


Predictably Everton, looking for a third win in four matches, made all the early running with Leon Osman scuffing an early chance wide.


Then a slick move started by Kevin Mirallas, via Stephen Pienaar and Leighton Baines, ended with Osman slicing another effort the wrong side of the post.


Mirallas cut inside and sent in a low drive from the edge of the area which was palmed wide by Palace keeper Julian Speroni, and Pienaar just failed to get on the end of Lukaku's fizzing cross.


But gradually it was Palace who took control of the game and they should have gone ahead when Dikgacoi met a cross from Thomas, only to make an almighty mess of his free header.


Howard was called into action after 38 minutes to pull off a superb diving save to prevent Thomas' curler nestling in the top corner.


And moments later Barry Bannan's cross was somehow headed wide from right in front of goal by Chamakh.


Worse was to come shortly after the break when Bolasie's through-ball caught the Everton defence out and Thomas raced clear one-on-one with Howard.


The winger's chip beat the advancing keeper, but unfortunately for Palace it also cleared the frame of the goal and another chance went begging.


Bolasie then curled a shot straight at Howard and substitute Cameron Jerome had an effort deflected wide.


Everton sensed they could snatch the victory and Jagielka's header from Baines' corner beat Speroni, but cannoned back off the crossbar.


Baines, Pienaar and Gerard Deulofeu peppered the home goal late on but the Palace defence did its job as the spoils were shared.