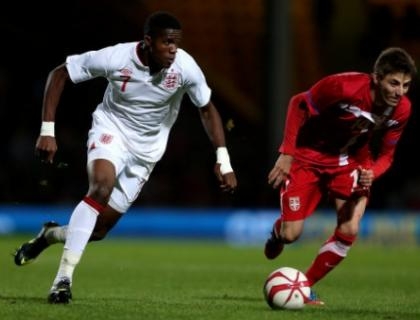 Michael Owen endured a frustrating return to action as Stoke were held to a 0-0 draw by Crystal Palace in the FA Cup third round.

The former England striker started his first match in 14 months at the ground where he scored on his Liverpool debut as a 17-year-old against Wimbledon in 1997.

But 16 years on Owen, reprising his England strike pairing with Peter Crouch, lasted just 53 minutes without managing an effort at goal.

The duo were playing together for the first time since both came on as half-time substitutes in a 1-0 defeat by France in 2008.

And the old partnership could have given Stoke the lead in the 12th minute when Owen got his head to a corner.

The ball looped across goal but Crouch could only direct it wide from six yards out.

Crouch had another chance when Ryan Shotton found him with a curling cross but this time his header flew over the crossbar.

Owen barely had another touch all game, while all the eye-catching displays came from Palace.

At the opposite end of his career is Wilfried Zaha, the 20-year-old winger who is on the radar of Manchester United, Arsenal and Tottenham - but who Palace are determined to keep as they go for promotion.

Zaha has been the scourge of Championship defences all season and certainly did not look intimidated by Stoke's grizzled top-flight rearguard.

In the second minute he played in Jermaine Easter with a diagonal pass and the striker's curler from the right-hand corner of the area was tipped away by Thomas Sorensen.

Those Premier League teams without the funds to land Zaha may be drawn towards his fellow winger Bolasie, another star of Palace's season and another thorn in Stoke's side.

He was certainly easy to spot, spending much of the first half wearing one black boot and one bright orange.

Bolasie's far-post cross was headed narrowly wide by Mile Jedinak before his pass sent Andre Moritz through, but the Brazilian's curler was also off target.

Five minutes before half-time Zaha pounced on Robert Huth's mistake on halfway and raced into the box, chased manfully by the Stoke centre-half, but his angled drive was turned away by Sorensen.

Zaha was then left in a heap after a late challenge by Shotton, which went unnoticed by referee Neil Swarbrick.

After lengthy treatment he was able to continue but was still hobbling after half-time and was eventually replaced in the 55th minute.

Owen had, by then, already left the action and substitute Cameron Jerome had Stoke's first shot on target, a dipping volley which Lewis Price held on to.

Bolasie, who had by now located his other orange boot, remained a threat for Palace, teeing up Moritz for a shot which the Brazilian mis-kicked horribly before forcing Sorensen into a diving save from 20 yards.

But neither side could find a winner and, although Palace were the better side, the promotion chasers face a replay they could probably do without.