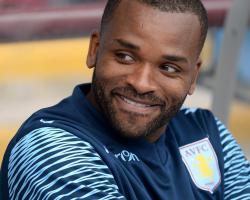 Vital win for HullDame N'Doye's second-half brace handed Hull a vital chink of light in their Premier League survival bid, as Steve Bruce's men won 2-0 at Crystal Palace.Misfiring striker N'Doye wasted several chances before first tapping in from two yards, then blasting home at the end as Hull claimed their first win in seven matches.Victory ensured Hull stay above the drop zone, but in no way eases their relegation fears, with Liverpool, Arsenal, Tottenham and Manchester United still ahead.Hull's daunting five-game run-in, with relegation rivals Burnley also on that list, left this clash in south London a must-win for boss Bruce and company.The East Yorkshire outfit were thwarted at every turn by Palace keeper Julian Speroni in a frustrating first-half, but were able to sneak home thanks to N'Doye's double, that ended his four-match drought.Speroni is just weeks away from his club testimonial, but the Palace stopper shows no signs of slowing down.The 35-year-old was instrumental in Alan Pardew's men turning around at half-time without conceding.Time and again the goalkeeper had to mop up the mess left by Scott Dann and Damien Delaney's positional shortcomings in Palace's central defence.Hull exploited the chasm between that pair with everything but a goal, sending countless runners and through-balls to bisect Palace with alarming ease.Palace striker Glenn Murray wasted the first chance of the match though, blasting straight at Steve Harper from four yards after James Chester failed to clear a free-kick.N'Doye then provided the miss of the half, sliding in on Brady's dangerous left-wing cross, only to produce a fine defensive block and not the craved strike on goal.This was the one time in the half that Speroni had his work done for him - and to Steve Bruce's frustration it was Hull providing the assistance.Speroni then filled the breach with a fine double-save, first palming Sone Aluko's cross clear, then tipping Tom Huddlestone's 20-yard curler around the post.Palace's in-form wingers were glaringly quiet in the first-half, but Jason Puncheon popped up to send Wilfried Zaha through with a cute through-ball.Zaha ghosted in behind the defence on the inside-right and chose to blast in on goal rather than square to the lurking Murray

That decision backfired as Harper was comfortably up to the challenge.Aluko failed to connect with another threatening cross from Brady, before Speroni provided some sweeper-keeper action to clear more Hull danger.Hull then sent Jake Livermore through the middle, the midfielder checking his run in a bid to pick his spot - only for Speroni to stay on his feet and produce another fine save.Former Lille full-back Pape Souare curled in a neat near-post cross in a rare Palace foray as the half drew to a close, but Murray could not generate any power, despite nipping in front of Michael Dawson.No sooner had the second-half kicked off when N'Doye fluffed another fine chance.The Senegal star sneaked in at the far post, only to nod his point-blank header straight at Speroni.Just when the visiting fans were at breaking point with their wasteful attacking talent, N'Doye finally broke the deadlock.When the goal finally arrived, there was simply no opportunity for N'Doye to miss.Aluko's astute diagonal ball sent Robbie Brady in behind Zaha, Speroni pulled off another good save - but the ricochet dropped straight to N'Doye.From two yards the 30-year-old was hard-pressed to miss, and duly fired home to open the scoring.Hull maintained their momentum, forcing Palace back into their own half for the opening 15 minutes after the break.Eagles boss Pardew sent Yaya Sanogo and fit-again Lee Chung-yong into the fray in a bid to cajole some kind of attacking intent, but the hosts failed to break their malaise.Bolasie struck limply at goal rather than square to Sanogo as Palace finally started to threaten, but still the hosts lacked rhythm.Arsenal loanee Sanogo headed home late on for Palace, only for referee Mark Clattenburg to chalk off the goal owing to a foul on Paul McShane.As Palace pressed, Hull raced clear and replacement Gaston Ramirez fed N'Doye, who blasted home on the angle