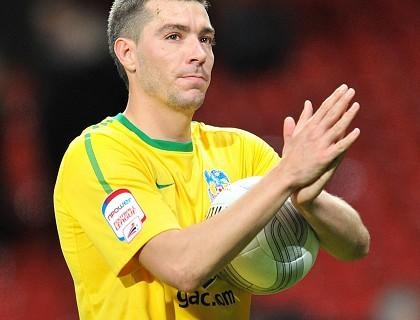 Radoslaw Majewski stunned Crystal Palace with a clinical hat-trick in a 3-0 victory that lifts Nottingham Forest further away from the npower Championship relegation places.

Dougie Freedman could not invoke a sense of urgency in his Palace side as he looked to claim a first-ever league double over his old club, with the hosts largely anonymous before the break.

And the Eagles were ultimately punished in the second half as Majewski ran riot, registering three craftily-taken goals to push Forest up to 19th in the table and six points clear of Bristol City in 22nd place.

Palace fielded an unambitious 4-5-1 formation, with Glenn Murray ploughing a lone furrow in attack, and as a result they failed to come alive in the opening 30 minutes.

Majewski was first to try his luck for the visitors but put his long-range speculative strike well wide of the target.

Forest were soon back on the attack, though, Greg Cunningham lofting a clever cross on to the head of Dexter Blackstock, who could only head into Julian Speroni's gloves from six yards.

Majewski appeared in space on the edge of the box to drive another wayward strike beyond a post before the Eagles finally sprang to life.

Andy Reid threatened a quick response to the new threat with a snapshot from 20 yards, but the impressive Dean Moxey got across to stub out the danger.

Sean Scannell might have done better as he thought too much about a looping cross that skipped in front of the onrushing Murray.

But the ex-Brighton frontman rounded off a promising end to the first half for the hosts by blasting narrowly over the bar.

Palace's good work before half-time failed to carry over the break as Forest took the lead in the 53rd minute.

Majewski found himself perfectly placed to connect with Guy Moussi's pinpoint pass and smash beyond the flailing Speroni.

Freedman opted to shuffle his pack as his shellshocked side failed to respond to Majewski's goal, Chris Martin replacing Scannell and David Wright leaving the field for Jonathan Williams on the hour mark.

But the changes instilled no sign of fear in the Forest players, Blackstock unlucky not to hit the target with a swerving shot from 30 yards that almost grazed the bar.

Both sides upped the tempo as the final 20 minutes approached, Moxey hooking a left-footed effort across Camp and wide and Joel Lynch nodding into Speroni's gloves.

The in-form Garath McCleary finally made his presence felt as he provided the pass for Forest's second goal in the 72nd minute.

Just one minute after seeing his own attempt blocked, the winger deceived the Palace backline to supply the Polish hitman, who swivelled on the edge of the area before driving hard and low into the net.

And Majewski would earn the matchball with nine minutes remaining.

In a move that echoed the build-up to his second strike, he claimed Chris Gunter's slide-rule pass to turn and fire confidently across the hapless Speroni.

McCarthy came closest to ruining Forest's clean sheet with a speculative strike from distance, but Steve Cotterill's men held on to claim a vital victory at Selhurst Park.