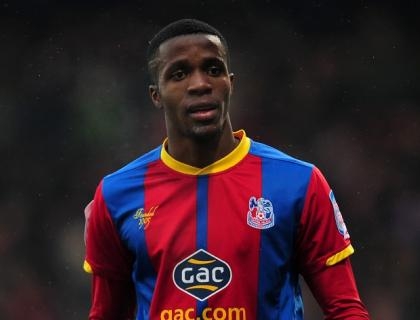 The evergreen striker, who turns 40 in the summer, kept his nerve to blast in an extra-time penalty and dash his former club Watford's dreams of promotion.

It was a special moment for Phillips, who had lost all three of his previous play-off finals.

It was special too for Manchester United-bound Wilfried Zaha, the young winger who signed off as a Palace player by winning the penalty and ensuring they will join him in the top flight next season.

Special too for manager Ian Holloway, whose Blackpool side were beaten by West Ham in last year's final, and who has been the fiercest critic of Watford's controversial use of loan players.

And it was special for Palace chairman Steve Parish and his co-owners, who saved the club from going bust three years ago and can now look forward to a windfall in the region of #120million.

Those high stakes seemed to overwhelm Watford, whose key performers this season simply did not show up at Wembley.

The Championship's player of the year Matej Vydra, one of the 10 players Watford borrowed from sister clubs in Italy and Spain, endured a miserable first half and limped off at half-time.

Instead it was Zaha who caught the eye throughout, and he lured Marco Cassetti into the clumsy lunge which ultimately settled the match in the 104th minute.

The 20-year-old, Sir Alex Ferguson's final signing for United, created Palace's only chance of the first half with a scintillating run down the right, leaving Nathaniel Chalobah and Cassetti chasing shadows before pulling the ball back to Owen Garvan, whose shot was blocked.

Watford, the top scorers in the Championship this season, were strangely subdued and caused few alarms in the Palace penalty area.

Troy Deeney crossed to no one when he should have shot, before Vydra was denied by a superb last-ditch tackle from Damien Delaney on the edge of the area.

Chelsea loanee Chalobah, with his prospective new boss Jose Mourinho in the stands, fizzed a low cross into the box but no one could get a touch.

Injuries did not help the flow of the game either - Palace midfielder Kagisho Dikgacoi succumbed to a calf problem early on and Vydra spent most of the first half limping around forlornly before failing to emerge for the second.

It took almost an hour for the first shot on target to be registered, and Alex Geijo's grasscutter did not pose Palace goalkeeper Julian Speroni any problems.

Palace did create a clear opening moments later but unfortunately it fell to Aaron Wilbraham, the player filling the void left by injured top scorer Glenn Murray and with one goal to his name all season.

The striker did not look confident as he bore down on goal and, having opted to turn back inside rather than shoot early, the opportunity disappeared.

But the game was at last opening up, and Zaha went on another mazy run before playing in Stuart O'Keefe, whose shot was saved by Manuel Almunia.

The corner fell to Wilbraham, with Almunia blocking again, before Danny Gabbidon's poor touch in front of a gaping goal from another corner left the defender with his head in his hands.

Almunia, having spent the first half as a virtual spectator, was now keeping his side in the match with fine saves from Garvan, Wilbraham and Mile Jedinak.

In extra-time it was Speroni who was forced into action to claw the ball from underneath Deeney as he chased Almen Abdi's cross.

But the breakthrough came when Cassetti, by now dizzy having been twisted and turned by Zaha yet again, brought the winger down in the area.

Referee Martin Atkinson pointed to the spot and Phillips crashed the penalty high into the net.

The drama did not end there with Joel Ward clearing Fernando Forestieri's shot off the line in stoppage time.

But it was Zaha, Phillips and Holloway who were celebrating moments later as the Eagles secured their return to the top flight after an eight-year absence.