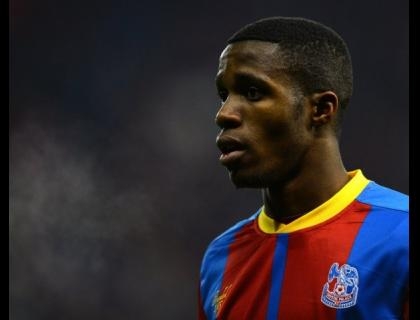 Chris Wood's second-half strike could not prevent Leicester slipping out of the npower Championship play-off places.

The New Zealander plundered his 20th goal of the season as the Foxes twice came from behind to grab a point at Palace.

But Bolton's win over Middlesbrough saw them leapfrog City into sixth, while Palace's hold on a play-off spot also looks far from secure.

The Eagles had not scored in their previous five matches and a run of seven without win leaves them just two points clear of Leicester in seventh.

Their eight-hour goal drought was ended by a player who had not scored in the league for more than eight years when Danny Gabbidon put them ahead.

City levelled before half-time through Andy King before Stephen Dobbie tucked away his fourth goal of the season for Palace.

But Wood denied Palace a welcome win when he latched onto a defensive error to fire home in the 73rd minute.

Despite their wretched run, Palace made a bright start and Kasper Schmeichel made a fine early save to prevent an own goal after Dobbie's corner flicked a Leicester head.

Wilfried Zaha then teed up Aaron Wilbraham, making his first Championship start since August, but the former Norwich striker's shot was too close to Schmeichel.

After those early let-offs Leicester began to press and Jeff Schlupp was denied by Julian Speroni before Wood and King fired off target.

But it was Palace who went ahead in the 26th minute when Dobbie floated in a free-kick and defender Gabbidon swept in his first league goal since March 2005.

Alex Marrow went close to doubling the advantage with a volley which Schmeichel managed to keep out.

But instead Leicester pulled level in the 37th minute when a slick move involving Paul Konchesky and Lloyd Dyer ended with King curling in a fine equaliser.

Shortly before the interval Marrow's deflected drive was tipped over the top by Schmeichel.

After the break Leicester should have taken the lead when Wood knocked down Paul Konchesky's cross into the path of Schlupp but the youngster scooped his shot over.

At the other end Glenn Murray's header set up Wilbraham, who got in front of his marker but nodded against the crossbar.

Palace's pressure told in the 67th minute when Murray's lay-off found its way to Dobbie on the edge of the area and the former Swansea frontman tucked away a fine strike.

But six minutes later a slip by Damien Delaney allowed Wood to charge through one-on-one with Speroni and he made no mistake to snatch a point.