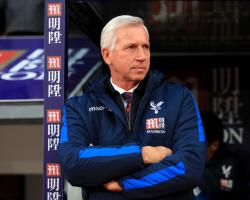 Liverpool move level with rivals with impressive win at Palace

Liverpool again closed the gap on title rivals Arsenal and Manchester City with a 4-2 victory over Crystal Palace at Selhurst Park.

Despite their latest errors in defence gifting the hosts unnecessary opportunities, they again proved they have one of Europe's finest attacks to go level on 23 points with their more established rivals at the top of the league, where only goal difference keeps them third.

The defeat was Palace's third in succession, but mid-table represents a promising position while their new-look team continues to gel

Goals conceded to Emre Can, Dejan Lovren, Joel Matip and Roberto Firmino could have been complemented by more as their visitors excelled

It was at the stadium where their most recent title challenge faltered that Liverpool dominated possession more impressively than any other team has so far this season.

Much has been written about the intensity of their pressing game, but as decisive as their movement was the way they continued to spread the ball when Palace defended in numbers

However, as has often been the case - and as it did in 2014 in that damaging 3-3 draw - the visitors' erratic defending threatened to undermine them more than anything their opponents offered.

Liverpool's Alberto Moreno had replaced the absent James Milner to secure his first league start since losing his place after the opening day of the season, and he required only 16 minutes to exert his influence.

Receiving Coutinho's pass on the left wing, he sent a one-touch cross into the path of Can, from where the midfielder similarly shot first time from inside the area beyond Steve Mandanda and into the bottom right corner.

Such had been Liverpool's authority the game already appeared close to beyond Palace, but instead only two minutes later Lovren - one of the visitors' improving players - under little pressure sliced a clearance back towards his own goal

From there James McArthur casually capitalised, running into its path and routinely heading the first of his goals over goalkeeper Loris Karius.

It took only three minutes for Liverpool to restore their lead

From the excellent Coutinho's 21st-minute corner, Lovren responded to his earlier error by jumping and powerfully heading his team back into the lead from directly in front of goal.

Wilfried Zaha was allowed to cross to the midfielder, who beat Lovren to possession to score his second header of the game.

From another Coutinho corner in the 44th minute, Lovren's central defensive partner Joel Matip headed Liverpool back into the lead when the well-placed Mandanda should have saved when allowing the ball between his hands.

Then in the 71st minute, Jordan Henderson's long-range, classy through-ball sent Firmino one-on-one with the goalkeeper, and the Brazilian responded by superbly chipping the goalkeeper to double Liverpool's lead.

Palace's ambition ensured another goal remained highly possible, but unlike Brendan Rodgers' team in 2014, Jurgen Klopp's was never likely to sacrifice such a commanding position

On a day when City and Arsenal earlier each scored four goals to remain the Premier League's top two teams, Liverpool had again demonstrated their title-winning potential by doing the same.