Wake up. Eat. Play countless games of Football Manager and FIFA 20 in your pyjamas. Go to bed. Start all over again.

That's what life has been like for most of us football fans during this time without our fill of competitive action.

​'So what can us Crystal Palace fans do with all the free time we suddenly have?' we hear you cry.

Well, we have just the ticket for you. We've delved through the archives to find some of the greatest and most exciting matches for you Eagles fans from the 21st century.

Let's get stuck in, shall we? 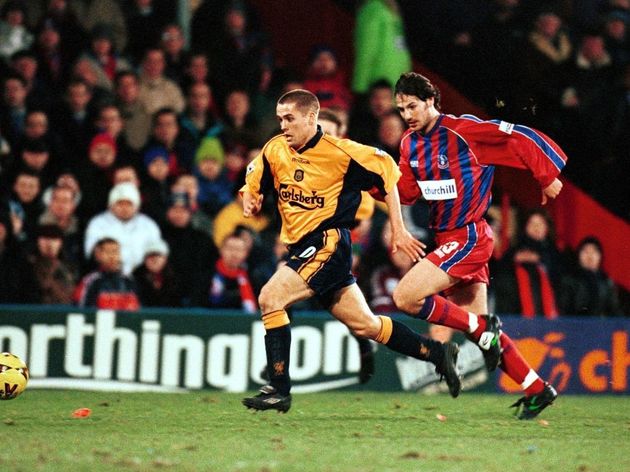 ​​Crystal Palace have had no issue in pouring misery on Liverpool in recent times.

On this occasion, Division One Palace stunned the Premier League giants in the first leg of the Worthington Cup semi-final back at the turn of the century, with goals from Andrejs Rubins and Clinton Morrison giving Eagles fans a great night inside Selhurst Park.

Probably 99% of Palace fans were expecting a battering on home soil, making unexpected victory even sweeter, but a drubbing did soon fall the way of the Eagles in the return leg, where they lost 5-0 at Anfield. The ​Championship play-off final. Is there any greater game in world football?

With a place among the big boys and a cheque the size of Bournemouth at stake, no side wants to leave Wembley empty-handed, and Palace were no different back in 2013. After a long old Championship slog, the stage was set for a 105th-minute Kevin Phillips penalty to send the Eagles back to the ​Premier League, breaking Watford hearts in the process.

While the game itself may not have been a goal-fest, Palace fans will still get goosebumps watching the post-match celebrations. The memories of 'Crystanbul' still linger around Selhurst Park today, with many die-hard Palace fans recalling the result as arguably their greatest in Premier League history. Of course a point against Brendan Rodgers' Liverpool isn't remarkable in itself, but the drama and unexpected nature of the late Palace heroics make it an unrivalled spectacle for Eagles supporters.

Being three goals down with 11 minutes remaining, a Dwight Gayle-inspired Palace - with a little help courtesy of a Damien Delaney wonder strike - roared back to end Liverpool's title hopes and reduce Luis Suarez to tears.

There are about four or five other defiant Palace wins over Liverpool that we could have included, but we'll show a little mercy. We're not heartless. With a place in the FA Cup final up for grabs, we're just surprised Palace didn't get a nosebleed in this one, as they seldom find themselves challenging for silverware.

A winning day at Wembley can hardly be topped, with Palace deserving their hard-fought place in the FA Cup final against Manchester United - although they would go on to fall just short of lifting the trophy. Towards the end of Arsene Wenger's time as ​Arsenal boss, Palace gave the Frenchman a pretty emphatic thrashing as a parting gift. Typically weak, the north London side put up little resistance to the Eagles' onslaught, making for joyous viewing for those inside Selhurst Park that Monday night. ​Rarely do Palace score five goals in a Premier League match, let alone go on to win the game without conceding.

Back in 2018, it was 2015/16 Premier League champions ​Leicester who were dished a good bruising, conceding to five different Palace scorers. Even Christian Benteke found the back of the net...

It truly was a dazzling display from Roy Hodgson's men, who played some Barcelona-esque football at times. Okay, maybe not quite that good, but still. ​Treble-winners ​Manchester City lost just one home Premier League match during their famous 2018/19 season and, believe it or not, it was against Crystal Palace.

Not only was it one of the upsets of the season, the thriller produced one of the greatest volleys in Premier League history - an absolute thunderb****** from none other than Townsend. While the Englishman may just be the most predictable player to have ever played football - consistently cutting in on his favoured left foot and striking from god knows how far out - nobody in world football could have seen that strike coming.

When City conceded that goal they must have known it wasn't going to be their day...and how right they were. It was Palace's.