The visitors enjoyed the first real chance of the game, with Will Hughes wriggling into space and firing a shot just wide with just under 20 minutes played.

Soon after Palace opened the scoring, Wilfried Zaha came close to doubling his side's lead after the break but he could not convert after working his way into the box with some fancy footwork.

Watford offered very little in a way of a response and Palace looked more likely to add to their lead in the second half, with Christian Benteke going close with an audacious bicycle kick.

With just under an hour played, Zaha was involved into a standoff with Etienne Zaha can count himself very lucky that he did cost his team today by getting sent off.

Hand to the face from Zaha when he’s on a yellow and still nothing given? Actually beyond a joke now 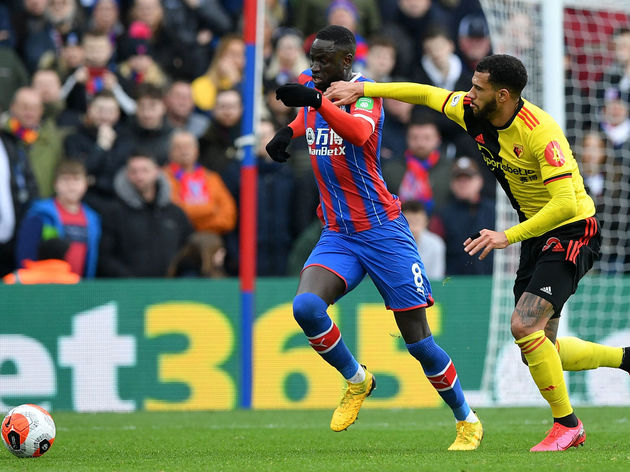 The Senegal international was fantastic today, breaking up the play and not giving Watford's midfield a second's respite.

However, they also have a woeful record in front of goal, with the Hornets performing the lowest below their xG this season in the Premier League.

It was a case of the same old story this afternoon. Watford lacked a cutting edge going forward and when they were presented with opportunities, they lacked the composure to finish them off.

Yes, beating Jurgen Klopp's side was mightily impressive, but the Hornets are not safe from relegation yet and need to start scoring more regularly.

-9 - Watford have scored 27 Premier League goals this season, but have an expected goals figure of 35.7. This means based on the quality of chances they’ve had, they’ve scored almost nine fewer goals than expected, the biggest negative difference in the league this season. Waste. ​Watford really struggled to penetrate Palace's stoic defence this afternoon but every time they did cause the hosts problems, Will Hughes was at the centre.

It was a shame that he was sacrificed for an extra striker in the form of Andre Gray during the final stages.