The 27-year-old has managed 10 goals in all competitions this campaign, including one against current Premier League leaders Liverpool in the group stages of the Champions League.

According to Guardian, the Tanzania international has a release clause of just €10m which expires at the end of next season, with all three clubs monitoring the forward’s progression. 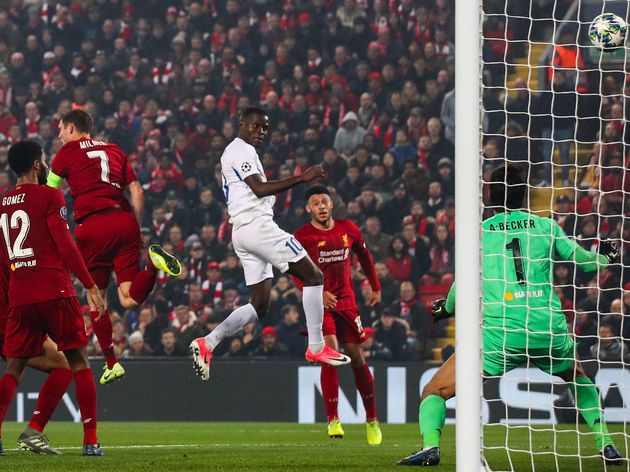 The Genk player was top goalscorer of the Belgium Pro League last season, securing 23 goals as his side were declared champions in the 2018/2019 campaign.

Since joining the Belgium club from TP Mazembe back in 2016,

​Brighton are deemed to be the most likely Premier League destination for the star, with boss Graham Potter looking to provide extra attacking support alongside summer singing Neal Maupay.

​Crystal Palace are also looking to sign a new striker as Christian Benteke’s injury woes continue, with the 29-year-old missing the last four months due to a knee problem.

Meanwhile, ​Norwich will be hoping to get their hands on the forward to provide support alongside their leading goalscorer Teemu Pukki. However, the Premier League isn’t the only destination to have sparked interest for Mbwana, with Eintracht Frankfurt and Lazio also keen to make an offer for the striker.

Reports suggest that he would prefer to stay in a league which is closely followed by Tanzania.

His current club Genk sit eight in the Belgium Pro League – and were knocked out of the Champions League group stages, after finishing Group E with just one point.