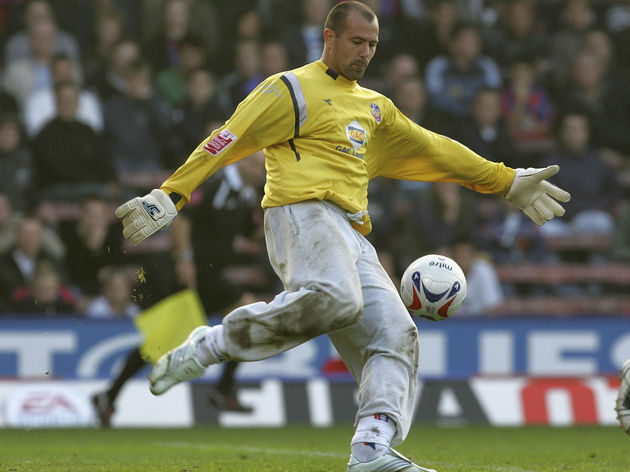 "I'm a goalie, not a top model," Király told ​UEFA.com. "It's essentially a question of comfort.

"I've played on clay or grass that's been frozen in winter; it makes your legs hurt when you dive so jogging bottoms seemed obvious. I always take a size above to facilitate movement. I tried shorts during my spells in Germany and England but it didn't suit me. The end result is more important than your look."

He's not wrong when he says shorts weren't for him. Let's take a trip back to March 2005, when Király's ​Crystal Palace travelled to ​Chelsea. Wearing shorts for some reason, the Hungarian channelled his inner Rob Green and let a shot through his legs as his side were royally thumped 4-1.

Unsurprisingly, he was back in the tracksuit for the next game.

He wore his famous attire for every game up until his retirement, which surprisingly only came last summer. A 43-year-old Király was still tearing it up for Hungarian side Haladás, but even the magic of the tracksuit couldn't keep him going any longer. Nowadays, he's running his own goalkeeping school, teaching the next generation how to keep clean sheets and look devastatingly good at the same time. It's information we all need in our lives.

In ​Premier League history, we've seen a few iconic accessories, but none better than Király's tracksuit. He may have hung the trousers up for good, but the memories will live on forever.